Girl With a Pearl Earring by Tracy Chevalier | Teen Ink

Girl With a Pearl Earring by Tracy Chevalier

The Girl With a Pearl Earring by Tracy Chevalier tells us a heart-wrenching story a young sixteen year-old girl, Griet, who has just become the maid of a prestigious painter.

Griet begins to work at the Vermeer household to help pay for her family’s food and housing after her father’s unfortunate kiln incident. Her brother Frans is working, as an apprentice at a workshop, learning how to make tiles, while Griet’s younger sister, Agnes, is too young to begin work. While Griet stays with the haughty Vermeer’s she befriends Tanneke, a strong and proud maid who serves her old mistress, Maria Thins. The mistress whom Griet serves is Catharina, the daughter of Maria Thins and the wife of Griet’s master. Catharina is arrogant and vain, taking much dignity in her many children and her husband, Johannes Vermeer. Johannes Vermeer, the grey-eyed painter for whom Griet helps privately in the attic above his studio, making paints for his distinguished artwork. His glittering spoon eyes see a world that no one else does, no one else but Griet. And that is the biggest reason that he takes interest in her, that he allows her to work so close to him, she sees the world like he does. She sees all the colors in the clouds to where they are not just white, but blue and purple and even green! Griet understands fully that her yearning for her master is wrong, and so she settles for the handsome son of Pieter the butcher. Pieter the son courts Griet, but she can never be fond of him the way she is of her master, yet she knows that being with Pieter is what will help her family the most and she consents to his advances and touches. At the end of the entrancing novel the one child that has caused the most havoc for innocent, wide-eyed Griet, Cornelia, commits her final act of mischief. She plays the ultimate devil-figure as she leads her very pregnant mother up the stairs to where she sees the glimmer of a familiar pearl earring, though it is not in her ear. The earring she sees is not simply an earring, it is the pure love that Griet held for her master and that he secretly held for her. The earring is not just a pure white sphere you see; it is so much more than that. It is purple, blue, green, yellow, and it even has the color of forlorn and forbidden love. 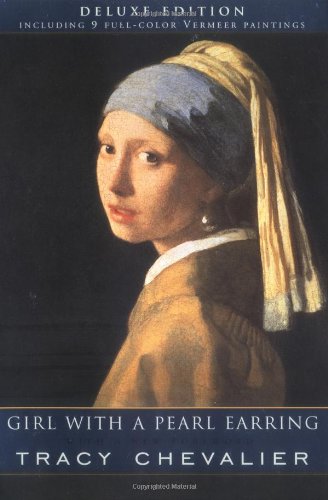