I first read this book when it was brand new, and I enjoyed it. Then I read it again, and loved it. There was something about reading it a second time that made me enjoy and understand it more. It was the world that really grabbed me. People are divided into five factions based on what human fault they blame for the troubles of the world. Dauntless blames cowardice, Candor blames deception, Amity blames anger, Abnegation blames selfishness and Erudite blames ignorance. They are all partly right and all partly wrong. The factions worked well enough for a while, when they worked together, but then some started to believe that their factions were better than the others.

Beatrice is in Abnegation, but she doesn't feel selfless enough to stay in a world of grey clothes, bland food and constantly caring for everyone else without ever thinking of herself. So, when it comes time for her to pick the faction she will live with for the rest of her life, she chooses Dauntless. No matter where she goes, she has to conceal the fact that she is Divergent, suited to not one but multiple factions. Equally brave and selfless. But Divergents are labelled rebels and troublemakers, and Beatrice could lose everything if she is discovered. I love Beatrice, or Tris as she calls herself after joining Dauntless. No matter how scared or exhausted, she keeps pushing forward. The first to jump, the first to volunteer, never hesitating in order to prove that she is just as brave as anyone else in Dauntless. But she never forgets where she comes from, and will give of herself for her friends. Yet in some ways she is very hesitant and shy, such as in her growing attraction to her teacher, Four.

Dauntless is not as she imagined it to be. The original intention of its founders was to protect, but some have come to see bravery as being the strongest, the fastest and the cruelest. More than one member of Dauntless would be willing to kill to win. Tris starts to learn that the world wasn't meant to be divided. It is really a very powerful story, the sort that makes you think.

The only one who shares her beliefs, who learns her secret, is her enigmatic instructor who is known only as Four. He is so full of contradictions that she never knows what he is thinking, whether he is truly on her side. He is full of secrets, and when you learn his true identity it makes you want to cry. He pushes her and watches her, more confident in her strength than she is. He and Tris stand against the world, trying to unravel a conspiracy that is taking place around them. The factions are taking stands against each other. Erudite starts slandering Abnegation, and what are their plans involving Dauntless?

The writing style is simple but descriptive, the action scenes stark and immediate. You feel what Tris feels and see what she sees. Veronica Roth is wonderful at painting a picture of a world falling apart, slowly, piece by piece.

This is a brilliant novel with surprising depth, full of sacrifice and true bravery, the kind that drives you to face your fears and give your life for others. You don't have to like science fiction or dystopian novels to love Divergent. 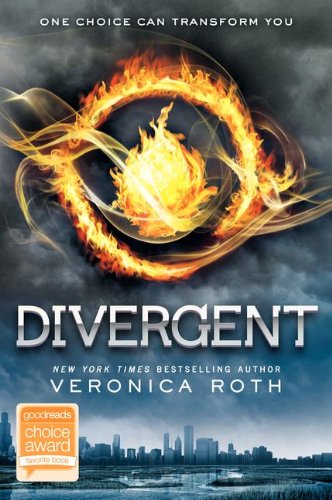