Hidden deep within the works of Leonardo da Vinci is an elaborate code. And with that code lies a truth so powerful that it threatens the very foundations of humanity. And the truth is about to be revealed.


Robert Langdon, professor of symbology at Harvard University, has just been called to the Louvre Museum. A reknowned curator is found brutally killed. Next to his body is a strange sequence of numbers, letters, and symbols. Along with investigator Sophie Neveu, Langdon discovers that the codes are an ingeniously crafted map, one leading to a mysterious and controversial treasure- the Holy Grail. They are thrust into a high-speed chase against time, into a dark world of secret societies, ancient rituals, and cryptic markings- all this while fleeing from the police, and combating evil forces.

This literary roller coaster delves into the shadowy web of secret societies and conspiracies, a fast-paced, intricate thriller that never releases the reader. The plot grows thicker and more intense by the page, with startling twists and foils. Author Dan Brown brings to life the clandestine auras of societies like the Freemasons, the Knights Templar, and the Priory of Sion, all while dangling some morsel of covertness before the reader. A thriller magnum opus from start to finish, it will leave you speechless. 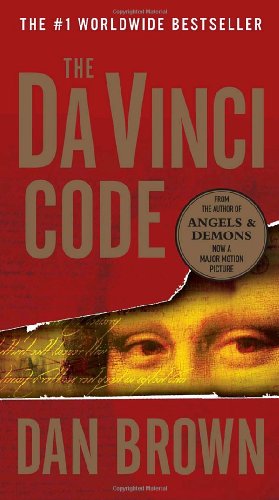