The Picture of Dorian Gray by Oscar Wilde | Teen Ink

The Picture of Dorian Gray by Oscar Wilde

I read online somewhere that the title The Picture of Dorian Gray is both literal and figurative — it meant the physical portrait of Dorian that was tainted by his cursed wish, but it also meant that the text itself was the picture of Dorian. Wilde let us see into his soul without ever needing to show us his portrait, and painted a picture of Dorian’s life through words.

The Picture of Dorian Gray was, somehow, both exactly what I expected to find in reading it at the same time that it was not. I knew it was superb — for why else would it be considered a “classic”? — but its brilliance seemed to take me off guard. As with any book, I was able to enter this world of art and sin, of the Victorian era, and into the mind of a man marred by his overwhelming want of youth and beauty and dominance. It was awesome.

Oscar Wilde’s writing was equally as unexpected. I’ve said before that it was weird how modern it was for being written in 1891, at the same time that books such as Sherlock Holmes, which was definitely a harder read, were being written. People I know who’ve read the book said that Wilde has a mastery of language and story-telling, and I think I agree. The ending chapter seemed very rushed, but that would be the only real criticism I have of the book. And perhaps he had intended it that way, to signify the suddenness of death, or something like that. Who knows?

Overall, I absolutely adored reading this book, and I might consider reading more from him in the future. 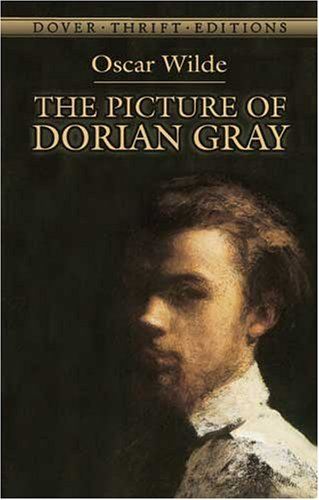 Favorite Quote:
“Nowadays people know the price of everything and the value of nothing.” - Oscar Wilde.

View profile
Very unfortunate that Oscar Wilde wrote only one novel, he's my favorite author, though. I've read every story, every play, his writing is just so incredibly timeless and captures my attention with every sentence. To me, it's as if every sentence can be a quote all in itself, it's like every line adds importance and character to the story. I just love it.
Dorian said...
on Apr. 7 2013 at 6:30 pm
Unfortunately, Wilde made only one novel. His plays are supposed to be wonderful though.