I love steampunk, and I love romance, so this book jumped out at me as one to try. The idea of a wheelchair-bound hero made it sound even more interesting. Despite the promising premise, it took me a little while to warm up to the book.

Tristan Gareth Smyth, called Gareth, is a very prickly character. Isolated and lonely, he's developed a thick barrier between his heart and the world. The only one he lets in is his several-years-younger aunt, Tabitha, who is like a little sister to him. It was much easier to warm up to Tabitha than to Gareth.

It wasn't until Jessamine arrived on the scene that something in the story clicked for me. Her mix of stubborn optimism and cheerful scheming was just fun. She knew exactly what she wanted and went for it, never taking no for an answer - and she wanted Gareth. I won't say anything more except that I laughed out loud at a couple of...interesting conversations.

Ah, and since it's steampunk, I must mention the gadgets! The gadgets are pretty good in this story, particularly the one about 3/4 through the book. An important part of the story is that Tabitha and Jessamine are members of a secret 'bonnet making club', which is a code for a ladies' inventing society. I laughed a few more times when I met them.

All in all, I didn't enjoy this book as much as I had hoped, but it did have several good points. I thought the romance was a little awkward and Gareth was really hard to like, but other than that the story was fun. I liked the second half of the story a lot more than the first and the sequel has great potential, so I'll definitely be back for book 2. 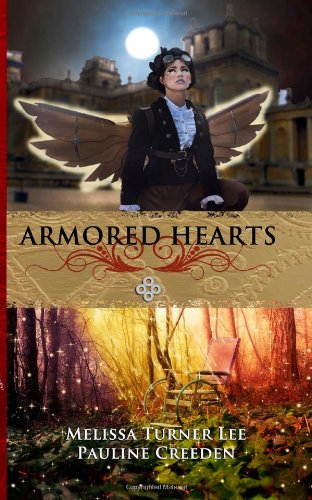 
Buy from Amazon
The author's comments:
I received an e-copy of the book through The Experience Tours in exchange for a fair and honest review.
Post a comment
Submit your own