Is He or Isn't He? by John Hall

Favorite Quote:
“I don't care if you're black, white, straight, bisexual, gay, lesbian, short, tall, fat, skinny, rich or poor. If you're nice to me, I'll be nice to you. Simple as that.” -Eminem

This book discusses a major issue in today’s world: Homosexuality. The main characters are Paige Crane and Anthony DeMarco. They were best friends and Anthony was openly gay to his friends. Paige was straight. They both fell in love with the same boy, but they didn’t know if he was homosexual or heterosexual so they formulated a scheme to find out. They were scared to simply ask because they didn’t want him to feel insulted. So is he? Or isn’t he? Read the book to find out!
Homosexuality is obviously a touchy and prejudiced subject in this country. Gay marriage is becoming a daily debate. Our world is fortunately becoming more accepting of our gay population. And yet our kids still bully because of sexuality. It is estimated that 30-40% of lesbian, gay, and bisexual teens have attempted suicide. With this depressing fact, it’s good to know that there are authors out there with the nerve to write a book about a gay teen.
Honestly, it was an okay book. The concept was good but the characters fell flat. Anthony was a bit too stereotypical (think “flaming gay”) and Paige’s character was very simple. Simple is a good word to describe the whole book. Overall is had a so-so, classic, overly used plot that had potential but was poorly written. There was minimal suspense.
My first opinion was that it was great but after I thought about it I realized it was a common storyline. All in all, read it if you want to but I’m not going to lie and tell you it was the best book I’ve ever read. I would recommend that you read it and form your own opinions. Lower lexile levels would like this book because they most likely read less and read in different ways than higher level readers. 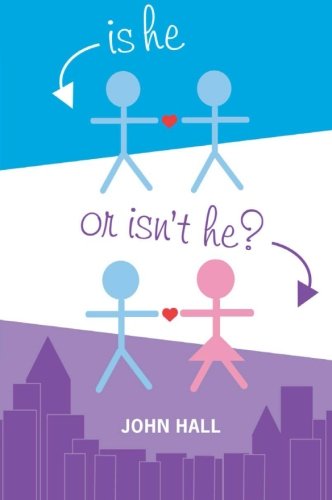 
Buy from Amazon
The author's comments:
I wrote this back in eighth grade. We had to write a review for a book report.
Post a comment
Submit your own