Having only read Ms. King's Holmes/Russell series before starting Touchstone, I was fascinated by the difference of tone and atmosphere upon entering the world of Harris Stuyvesant. It is much darker and more sensual than I expected. There's a sort of smoky, half-lidded, dangerous allure to the entire story, not just to the charismatic radical leader Stuyvesant is chasing.

Stuyvesant is a wonderful hero; strongly-principled, determined, sharp-tempered yet deceptively easygoing. His past is one of misadventures, tragedy and lurking secrets. I have a feeling that a dozen books would not be enough to tell his many stories. Bennett Grey, his somewhat reluctant accomplice, is an equally brilliant character. He's badly damaged, heart, body and soul after suffering terrible injuries and heartbreak. One of his few remaining attachments to the world is his sister, Sarah, a buoyant, naive, idealistic young woman who is the perfect foil to Stuyvesant and Bennett's grimmer personalities.

Major Carstairs is one of the most repellant characters I've come across in a long while; all slime and cruelty with a thread of disturbing perversity. On the other hand, Bunsen, suspected anarchist, is sophisticated and personable, though oddly insecure. And then there's Laura, the troubled beauty. Is she involved in the bombings, or is she simply caught up in Bunsen's glamour? I could go on and on about the characters. They came alive in such a way I feel like I can almost see their faces.

The plot was complex and utterly engrossing. Schemes and counter-schemes abound with suspects everywhere and allies who may be worse than their enemies. I would highly recommend this book to anyone who loves intricate conspiracies and a mystery that will keep you guessing all the way to the end. 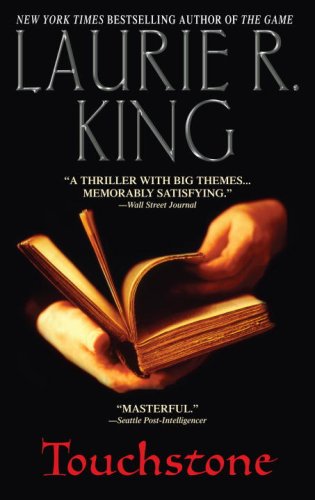