To be mad, are they all mad, was the author mad, is this all appropriate for children; all questions people ask right before they hand this novel to their child but the question isn’t are they mad it’s what will this make my child create? Creativity is an amazing thing the imagination is never ending and is the most beautiful thing children have that adults don’t. Somewhere along the way adults lose that creativity and begin to see the world for the darkness that it truly is but do adults read too much into things, children see the simplicity in everything. Maybe that is the true way to live maybe that’s the way to look at the world maybe the way to see the world isn’t through jaded eyes that have seen too much but through the eyes of a child. Like in Lewis Carroll’s Alice’s Adventures in Wonderland where the imagination is falling of the pages and it inspires children and adults to find every little bit of their creativity. Some people believe that Alice is not appropriate for children because of this reason or that reason, but I believe that because of its passion to inspire imagination it is the perfect book for children everywhere.
We shelter children and hide the darkness in the world; we try and keep them innocent as long as possible. So when we find something like Alice we try to keep it from our children so they don’t see the violence even if the children don’t see it as the darkness it is. In Alice’s Adventures in Wonderland there is a great deal of violence, but it is violence to teach kids a lesson without them even knowing it. “The Queen turned crimson with fury, and, after glaring at her for a moment like a wild beast, began screaming, “Off with her head! Off with—,” (Carroll). The red queen is very violent and is considered the ‘bad guy’ throughout the entire book, but in the end she is defeated and you are shown that good concurs all.
One of the major misconceptions is that the whole book was written while Lewis Carroll was on acid, which is quit hilarious since acid was not even around in his day. Acid was invented in 1938 but the discovery of its properties was not found until 1943. Lewis Carroll was born in 1832 and wrote Alice’s Adventure in Wonderland in 1865. That’s seventy eight years between the publication of Alice’s Adventures in Wonderland and the accidental creation of acid. There is no way Carroll could have been on acid at the time that Alice was written. Looking back today at Carroll it’s wondered whether or not this brilliant man was autistic. The way he dealt with children and didn’t have very man sociable skills, perhaps we are wrong but we will never know for autism was not something that was diagnosed in his day.
Something that is completely disturbing is that people believe that Carroll was a pedophile. Most if not all of Carroll’s friends were little girls, even though it is believed this was because he found them easier to connect with and understand most people in today’s culture don’t understand it. "Although he was attracted to women, celibacy was a condition of Carroll's job [a condition imposed on certain Oxford academics at the time] and he believed that having sex was against God's wishes for him," (“bbc”). Another point against Carroll is his photos are of little girls either half naked or naked. Yet Carroll didn’t want them, it was against God’s will, he simply wanted to make them happy like they made him happy. They showed him love and understanding like nobody his age could. We looking back today, are looking way too deep into things.
One thing that many children go through is an identity crises and that is something Alice goes through through-out the book. This gives the children reading the book hope, hope that there is a way to find you. Through-out the book Alice does not know who she is but at the end she knows not only who she is but who she wants to be. Alice’s Adventures in Wonderland gives children everywhere going through and identity crises hope, because it shows that there is hope.

Alice’s Adventures in Wonderland is a book that inspires children to believe in the unexplainable. Even though many people believe that this book is not appropriate, they need to just stop reading in-between the lines and read it like a child. Lewis Carroll is a man that did nothing but tries and pleases little children and helps them believe in themselves and imagine the unimaginable, yet today we knock this poor man down. This is an amazing book for children; there are not a lot of books for children that will inspire so many children to believe in them and in what they believe in. Alice is a real little girl, and it gives other children hope. 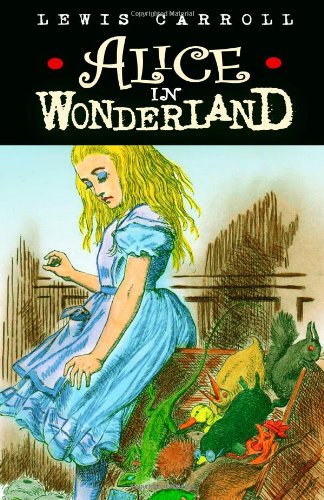 
Buy from Amazon
The author's comments:
This is more about the author and whether or not this book is appropriate for the child. Enjoy.
Post a comment
Submit your own