We're all familiar with Cinderella, the beautiful, kind, unspoiled maiden who escapes labor and poverty by catching Prince Charming's eye. There have been many versions of this story-like the books Ella Enchanted or Just Elle. Those are nice stories but here is another Cinderella story: a Cinderella story that doesn't take place in a magical kingdom and the Cinderella doesn't settle down and marry at the end; nor does she doesn't have a name that is some variation of Cinderella. This story is Prom, by Laurie Halse Anderson. One of the best books I've ever read.

Prom is gritty and real and is about a Cinderella we can all relate to: Ashley Hannigan, a senior approaching graduation at an urban Philadelphia high school. Ashley is from the wrong side of the tracks and is cynical; a “normal” kid, as she says. She doesn't have any plans for her future, even her mother says, “What? You gonna tell me now you have plans? Going to college? Get real, Ash.” Then comes a turning point, the money for her school's senior prom is stolen by her math teacher. Ashley, of course, wasn't going to the prom, but her friends sure were and suddenly she's roped into rebuilding the prom out of absolutely nothing. A prom isn't life changing, even your senior prom, but while making it happen, Ashley learns some things about making her own life happen to.

I loved this Cinderella story. It's a usual fairytale where everything works out in the end, but you can actually relate to it, and it's hilarious. Also, the author has an awesome writing style and is a master at keeping up the pace. So, if life is getting you down and you need a good laugh, read Prom. 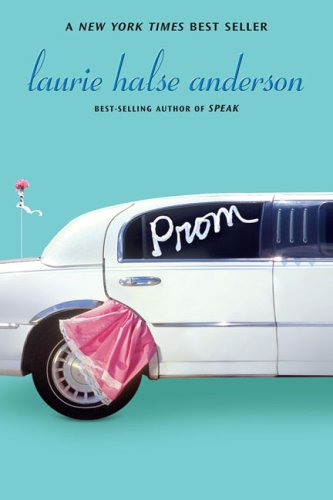