The giver by Lois Lowry

"Jonas...it's true that it has been this way for what seems forever. But the memories tell us that it has not always been. People felt things once..."

Set in a futuristic economy, this is a story of what happens when humanity tries to make things perfect. When families are assigned members. When your entire future is planned, from birth to release.
When man tries to play God.

Jonas' perfect world flipped just before the ceremony of twelve. Things started to seem...different.
And now they'll never be the same.


Good stuff:
This book brought to my attention how much we take for granted. Color, feelings, freedom, love. In the end, Jonas risks to save someone completely unrelated to him (who is not a love interest). Jonas stops his friends from playing an inappropriate war game. The giver apologizes for giving bad memories, but points out the importance of them.

The bad stuff:
There are a couple scenes mentioning nudity (though lightly), and in a dream Jonas wants to bathe his love interest (she won't let him, and is completely clothed).
There are mentions of a suicide and a child drowning.
A baby is killed, and there are mentions of others dying in the same way, or intended to die.
I still can't figure out how Jonas magically receives memories.


Over all, a quick read, but full of power and emotion, that will stay with one for a lifetime.
Are you ready to give, or receive? 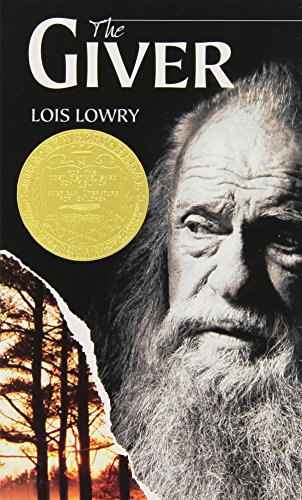 
Buy from Amazon
The author's comments:
No copyright infringement intended with the quote. I just thought it worked.
Post a comment
Submit your own