The Graveyard Book by Neil Gaiman

The “Graveyard Book” will always hold a place on my shelf as one of my all-time favorites, it is a beautifully written novel from the author of coralline & hosts a number of both chilling & charming illustrations. The book revolves around a boy named “Nobody” or Bod for short, his parents were murdered by “a man named jack” when he was but a babe & had managed to evade the killer by escaping to a graveyard. The boy then was met by a host of spirits who decided to raise the boy as their own giving him rights of the graveyard, meaning he could do anything a ghost could, like slip through walls, turn invisible etc. as long as he remained in the graveyard. This book is special to me because it doesn’t follow a single part of his life, but follows bod from the age of a new born to that of a young man, giving a sense of character progression unlike any other book I have ever read! The characters are charming; the story can be creepy & heartwarming at the same time & is written with the upmost care & scrutiny. The boy named nobody grows up in front of your very eyes as you delve into the question of what separates the living from the dead.  This book will have you on the edge of your chair begging for more & I give it five spooky stars for being the perfect autumn read! 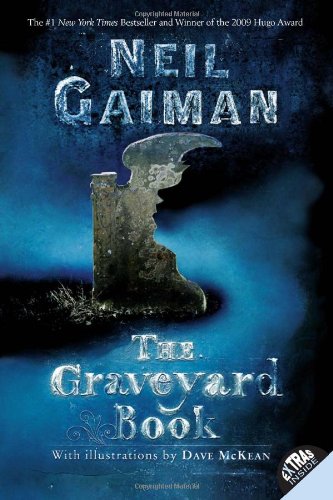 this is one of my favorite books! please enjoy!