Jane Austen has a very special place in my heart. She makes me feel all warm and cozy. I’ve watched countless BBC Austen adaptations sprawled on the sofa with my mum, and read her books comfortably in bed, idly imagining what it would be like to travel back to the Regency, whilst enjoying the sparkling prose and swooning romance of the likes of Mr Darcy.


The last Austen novel I read was Northanger Abbey, one of Austen’s earliest novels, and it was as exquisitely Austen-esque as one would expect. I expected much the same thing from Persuasion, Austen’s last novel. I was surprised.

I don’t think I’d be misplaced in saying that most of Austen’s other novels are rather comic, one might call them effervescent. They are satirical in a charming way, and one could almost imagine Austen making wry observations to her family about marriage, love, and money as she penned them, grinning slightly the whole time.

Persuasion however has a degree of bittersweetness that isn’t really visible in the likes of Pride & Prejudice or Emma. For starters, Anne Elliot is, at twenty-seven, Austen’s eldest and most mature heroine. Eight years before the story, she was persuaded to break off her engagement to the dashing sailor Frederick Wentworth. She starts the novel with a passive resignation that borders on infuriating, particularly when her former beau re-enters, a self- made man, now Captain Wentworth.

There is remarkably less ‘banter’ than can usually be found in an Austen novel. Anne is an introspective heroine, hurt and damaged and matured over the years. She thinks before she speaks and even more before she acts. She turns small details over and over in her mind, forever speculating on their meaning. She is tortured by Wentworth’s initial coldness towards her, but almost all of Anne’s rumination and character development occurs in the form of internal monologue. Wentworth actually doesn’t speak very much- most of his development is provided through Anne’s lens.

The most interesting thing about the novel however is Austen’s own tone as omniscient narrator. That’s what truly augments the autumnal nature of the novel- this is most incisive, the most irritable, that Austen’s prose has ever been. Everything is a little more barbed, a little crueler, than usual. The satire is more biting than teasing. The commentary is more critical than wry. It is as though Austen is, more than anything else, tired. Tired of a society whose ugly flaws she has observed for too long. And in her irritable exhaustion she has penned what is perhaps her most poignant novel. Because there is something devastating in the contrast between the lively humour of the young woman who penned Northanger Abbey and the weary, embittered author of Persuasion. Devastating, yes, but brilliant. 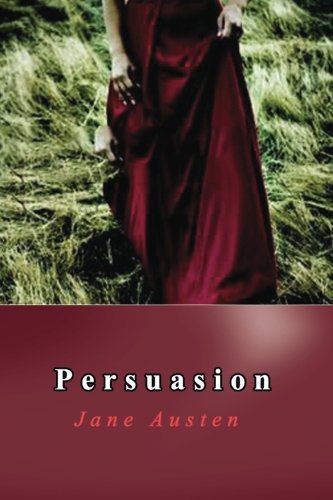