Alice Walker’s The Color Purple is a classic coming-of-age story centered on the life of African-American protagonist Celie, as she overcomes her issues with self image and her abusive childhood in rural Alabama. As the story progresses Celie matures from a shy, broken young girl into a proud and self-sufficient woman. The book addresses topics like sexism, child abuse, chauvinism and racism throughout the progression of the story, which is told from Celie’s point of view and presented in the form of 90 letters. At first, these letters are addressed to God, due to a threat from Celie’s sexually abusive father; “You better not never tell nobody but God. It’d kill your mammy.” Later, they are addressed to Celie’s younger sister Nettie, as Celie becomes more dependent on her than on a God she considers distant and indifferent.

Celie is married off at an early age to a man who is only ever referred to as Mr. _______. Mr. _______ picks up the sexual abuse where Celie’s father left off, furthering the deterioration of Celie’s already fragile sense of self worth. With the help of Mr. _______’s former lover, Shug Avery, Celie is able to find solace in the calming therapy of sewing and the comfort of her sister Nettie’s letters, which she writes from her Mission in Africa. Nettie’s adventures in Africa are told from her own point of view, and seem to be a story all their own. The story of what goes on at the mission can be further explored in Walker’s 1992 novel Possessing the Secret of Joy. Celie and Shug become lovers, and Celie is forced to deal with Shug’s advances on younger men, but not before the story climaxes in Celie’s very loud and very public telling-off of Mr. _______ at dinner. Eventually Celie is reunited with her sister, and she and all of her friends enjoy a life of peace and companionship, or so we must assume.

The author draws on some personal experience for her writing. Alice Walker was heavily involved in the civil rights movement, and most of her books focus on this subject or related topics. She also suffered facial disfigurement at a young age, much like one of the characters in Nettie’s letters. Childhood pregnancy is one reoccurring theme in the novel, which may have something to do with Walker having become pregnant after a trip to Uganda as an exchange student.

Another reoccurring theme in this story is revelation. It is revealed to Celie that the man she grew up with was not her real father, but rather an evil stepfather. Shug reveals Nettie’s letters to Celie and later helps her reveal her own sexuality. Shug also leads Celie to reveal to us her own, personalized version of God.

Honestly, I could have done without this one. Though the novel has received both a Pulitzer and the American Book Award, its content is a little dated. While topics such as racism and sexism are certainly hot-button issues, they hardly have the same shock-value as they did in 1982, when the book was published by Simon & Schuster Inc. Unfortunately, so much of the story is tied up in the author’s ideas concerning these topics. Now that racism and sexism are discussed daily and publicly, Walker’s message loses its bang, and you’re left with a predictable storyline made frustrating by an awkward and elusive storytelling method. Up until about page 193, the letters used to tell the story are so poorly written that one often has to reread every fourth passage. To add to the frustration, the context of the story is never explained. No dates or public events are mentioned. You’re rarely even informed of the characters’ ages, which is a real obstacle considering the story is told over the course of most of Celie’s life.

Trust me, despite the hype, you can afford to skip this classic. If you’re that compelled to experience the story, I’d opt for the 1985 Spielberg film based on the novel. Perhaps bypassing the annoying storytelling style would actually make the story worth telling. 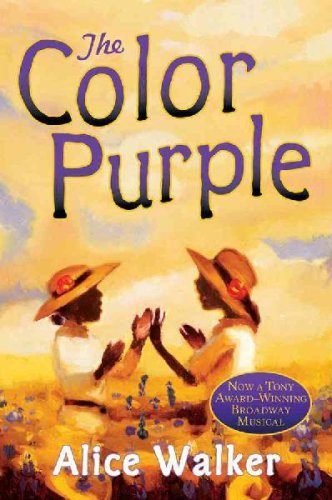