With Gilded, Marissa Meyer weaves a Rumpelstiltskin retelling full of stolen kisses, midnight rides with the wild hunt, and ancient castles haunted in more ways than one. Cursed since birth by the god of lies, Serilda is no stranger to the trouble her stories can get her into. But when a spur-of-the-moment lie to cover for a friend leaves her locked in a dungeon, forced to spin straw into gold by sunrise or face the wrath of the dangerous Erlking, her lies may finally have gotten her into more trouble than they can get her out of. That is, until the solution literally appears from thin air: Gild, the ghost of a boy who can spin straw until gold – for a price. But the solution will prove not to be so simple – not for Serilda and Gild, not for the Erlking’s plans, and not for the draw of the secrets still hidden within the ruins of the castle, secrets that are far more relevant to Serilda than she could ever have imagined.

For such a strong premise – wild hunt! Demon king! Haunted gothic castle! – this book quickly succumbed to pacing issues. After her first terrifying encounter, Serilda is summoned back to the Erlking’s castle every full moon, met each time with more straw to spin into gold. But since these full moon adventures are the only times she interacts with Gild or the Erlking, the story is quickly mired down in the months in between. Even more baffling, the author devotes over a hundred pages to Serilda and her father’s plan to run away in order to escape the Erlking’s second full moon visit. This ample section is full of details of a getaway plan the reader knows will fail and relationships with a bloated and forgettable cast of side characters, slowing the plot to a crawl by the middle of the book. Gilded is so full of mystifyingly unimportant details, in fact, that by the time the plot moves into high gear and all the strands of conflict begin to converge, the book is already 500 pages. Then, right before Serilda can work out the intricate, perfectly woven lie to save herself and Gild, defeat the Erlking, and learn the truth about the castle, the book ends. One of the most basic expectations of a reader, no matter how avant-garde the novel, is a beginning, middle, and end, and Gilded utterly fails to deliver on the final requirement.

Because of the limited interactions with Gild, the romantic pacing also ends up stilted. By the midway point of the book, where in a usual YA romance the leads would have gotten to know each other fairly well and would be well on the path to starry-eyed romance, Serilda and Gild have only interacted a few times. Despite this, the romance proceeds as normal, resulting in serious attachments by only the third or fourth time they’ve spoken to each other.

Gilded also had occasional difficulties wrapping in the elements of the original fairytale. Serilda’s world is one with largely familiar social norms, and she and Gild interact for chapters in a recognizable teenager fashion, if somewhat medieval. Then, suddenly, she runs out of jewelry to bargain for Gild’s gold-spinning services, and casually suggests her firstborn child, which, after only a few moments’ thought, he accepts as perfectly reasonable. Even in a fantasy world, this didn’t feel at all normal in the context of the story.

Though the premise is intriguing and the romance is, beneath uneven pacing, fun and full of sparks, weak pacing and an abrupt ending prevent Gilded from coming together into a successful YA fairytale retelling. Readers looking for their fairytale-retelling fix should save themselves a long 500 pages and pick up Little Thieves by Margaret Owen. 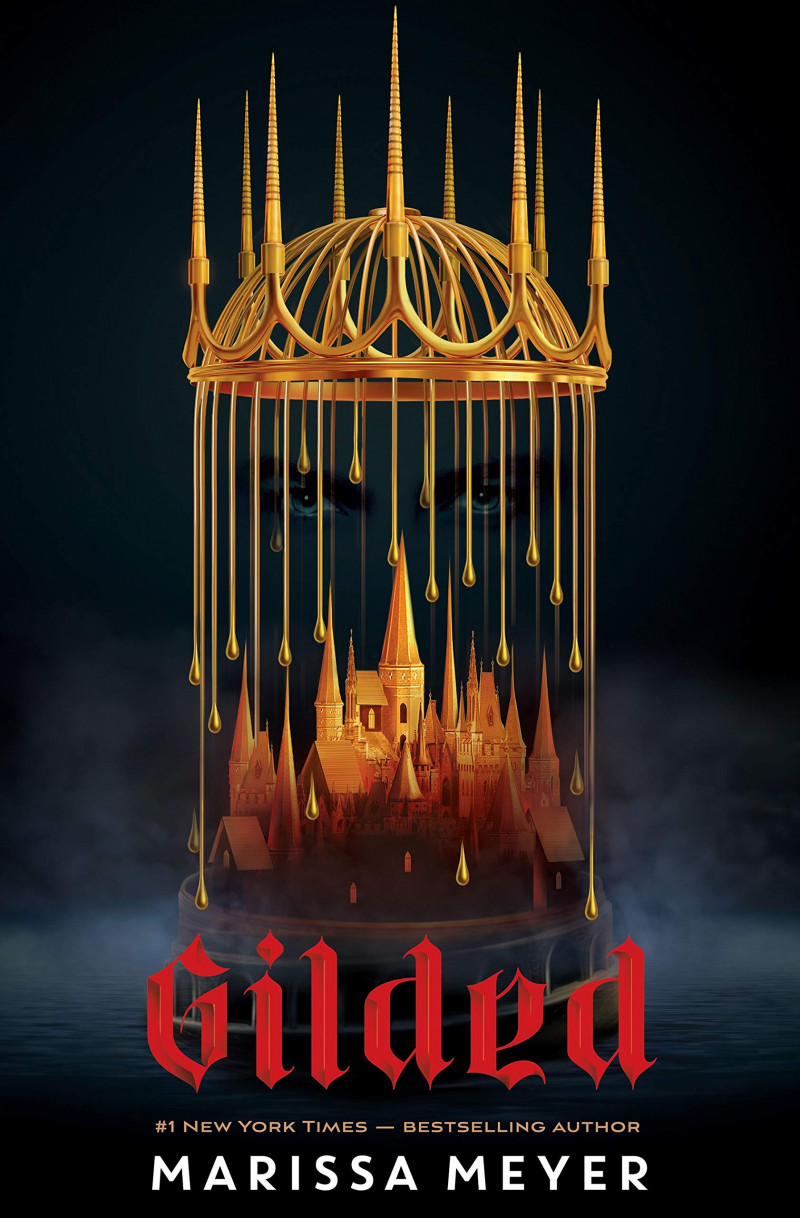