ARC Review: The Prince of the Skies by Antonio Iturbide | Teen Ink

ARC Review: The Prince of the Skies by Antonio Iturbide

Writer Antonio Iturbide and translator Lilit Thwaites combine their talents in the quiet and yet sweeping tale of friendship, purpose, and change that is The Prince of the Skies. Long before writing The Little Prince, Antoine Saint-Exupéry is an aviator whose love of flying is matched only by his hopeless inability to adhere to the rules of a strict military environment. After crashing a biplane on a Sunday-afternoon impulse-flight, his discharge from the military sets off a chain of events that leads him to France’s quickly expanding airmail industry and to two other aviators, Henri Gaillaumet and Jean Mermoz, who will become his closest friends. Together, the three men navigate the turbulent waters of 1920s and ‘30s France through the prestige and expansion of airmail, ever-strained relationships with those they leave behind on the ground, and eventual descent into World War II.

In many ways, The Prince of the Skies felt like one long, incredibly complex character study. By the end of the book, the reader knows Saint-Exupéry in a thousand different facets: a daydreamer, a writer never satisfied with what he writes, a steadfast and genuine presence to his friends who is simultaneously unable to adhere to any semblance of the routines of an ordinary life. Iturbide certainly does not shy away from his flaws, but the picture painted of him over the novel’s 500-plus pages is so thorough and intimate that it is impossible not to feel deeply connected to the eccentric writer by the final pages. Though the book does not reach quite as much depth of character with Mermoz or Guillaumet, the charisma and brazenness of the former combined with the steady and unflappable nature of the latter bring a balance to the book’s main cast.

The pacing and storylines may be the novel’s most masterful stroke, as their lack of direction and driving force would fall flat in nearly any other book. In The Prince of the Skies, though, they feel realistic in that they truly tell a life story without tidy middles and endings. The main cast are in a constant process of moving on, discovering, and reinventing themselves, and so much changes around the characters that by the final pages the reader feels they have lived their entire lives right there beside them. However, such depth is not achieved without tradeoffs - the book is over 500 pages, and, strictly speaking, it would be difficult to describe a plot. The book has a distinct pull, but it is not what one would call a page-turner.

Besides being an intricate character study, The Prince of the Skies is also a deep dive into aviation into the early 1900s and the evolution of early airmail routes. The book encompasses not only a fascinating slew of technical details but the quintessential experience of aviators in a time when each flight was a serious gamble: the genuine love of flying that ensured they couldn’t live without the incredibly dangerous occupation. Unless they happen to be history buffs obsessed with early 1900s France, readers will certainly walk away with a new knowledge of the beginnings of a system now taken for granted.

While the complex and realistically flawed characters are the book’s greatest strength, though, my unease with Saint-Exupéry’s romance plot - a long, unrequited love for a woman called Lou-Lou who breaks off their engagement in his youth - never went away. It was evident that Iturbide was attempting to make a point about deep, unrequited feelings and the nature of loving and being loved, but in practice Saint-Exupéry is hopelessly hung up on a woman who has long ago rejected him, one who he continues to pursue after her own marriage. Though he eventually reflects fondly on how much happiness loving her has brought to his life, his many depressive episodes and inability to find other fulfilling relationships while thinking of her say otherwise. More importantly, the storyline perpetuates an idea of obsessive, one-sided love as romantic instead of disturbing and harmful to both parties.

Despite this, Iturbide and Thwaites weave a skilled narrative and solid read. For those willing to take on the somewhat daunting length, The Prince of the Skies is a beautifully written and atmospheric journey through French aviation as seen through the eyes of  three vastly different men: the dreamer, the celebrity, and the steady friend, united by their love of the skies and their dedication to the extraordinary. 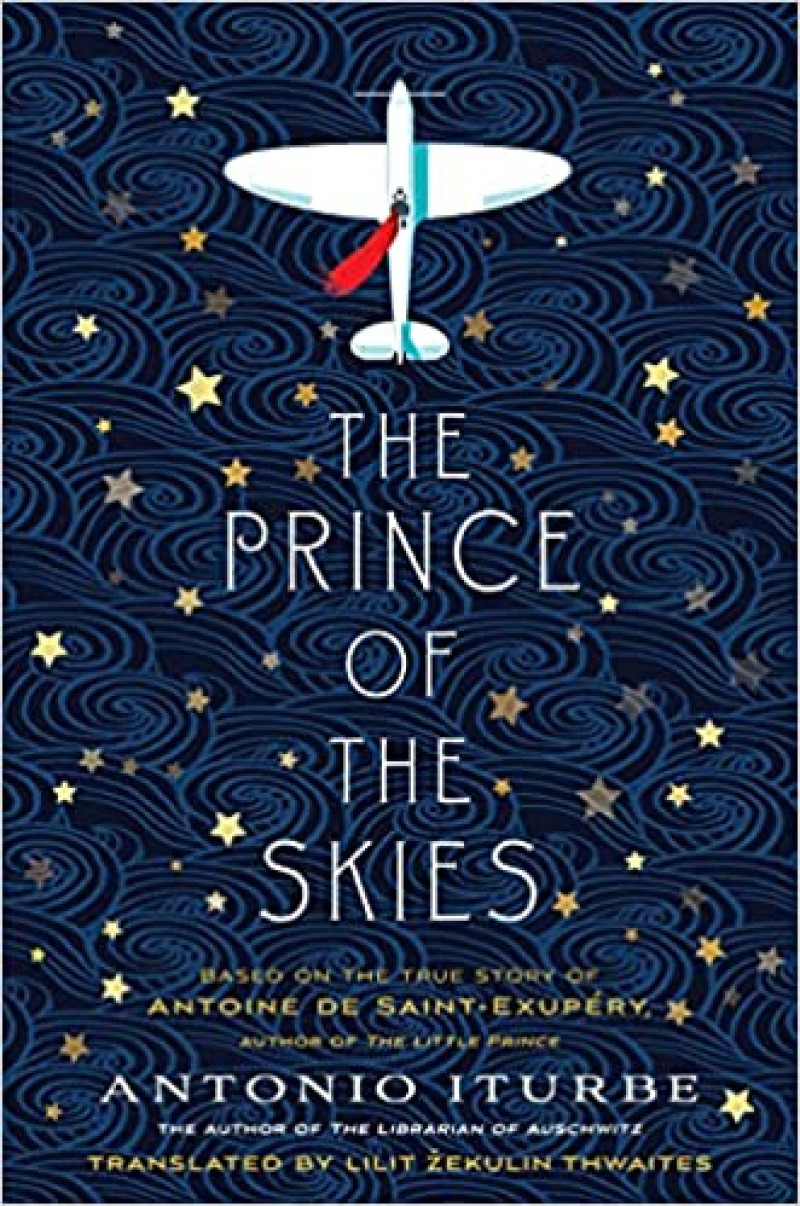