Society seems to have taken a turn for the better on an alternate Earth in 1901, but the other half of the world, not visible to the human eye, hungers for the blood of an innocent girl in order to remain fruitful. Suzanne Lazear’s first novel, Innocent Darkness, combines steampunk with a world inhabited by faeries. Each place depends upon the other – the aether that flows between the two gives life to the Otherworld and generates artistry and creativity in the human world.

Magnolia, nicknamed Noli, has never tried to cause trouble, but her unladylike behavior of loving all things mechanical and driving hoverboards and airships leads to a commotion with the police. To keep her from going to jail, Noli’s mother sends her to a reform school that will turn her into a lady.

After being abused and isolated at the school, Noli escapes to a tree, and because she contains a Spark, something special and creative, she is transported to the Otherworld. During her escape, she gets to know Kevighn, a huntsman from the Otherworld who has been seeking a girl with the Spark as a sacrifice for the magic in the Otherworld.

Meanwhile, Noli’s childhood friend Steven or V, who seems to know more about the Otherworld than he lets on, is worried that Noli is in danger of becoming the sacrifice, so he sets off to find her. Noli must decide whom to trust, the huntsman or the childhood friend, to assist her in the journey home, but this can not occur without finding another sacrifice first; for the human world and the Otherworld are connected, and when one starts to die, the other will perish not long afterwards.

For fans of Julie Kagawa’s “The Iron Fey” series, this book offers a world of faeries, beauty and violence that they are sure to enjoy. However, the premise that a world of beauty and magic can only be fed by a young girl’s blood every seven years seems, somehow, wrong. It is also uncomfortable that the chosen girls are duped or seduced into the sacrifice, yet the underlying theme of the book sends a lighter message that individuality should be cherished rather than destroyed by society. 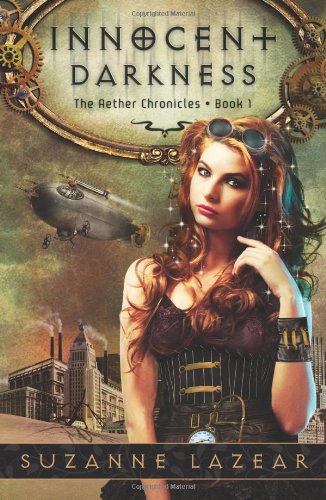