Plague in the Mirror by Deborah Noyes | Teen Ink

Plague in the Mirror by Deborah Noyes

At first glance, Deborah Noyes’ Plague in the Mirror appears to take readers of all genres on a fascinating and thrilling ride. But it won’t take long for them to see that this novel isn’t one for the history books.

In order to distract her from her parents’ divorce, seventeen year old May takes off for Italy with her best friend Liam and his travel-writer mom. While conducting her historical research, May learns more than she ever thought possible about fourteenth century Florence and the Black Plague that once inhabited it. But just as May thinks her life couldn’t get any more out of control, she meets Cristofana, her ghostly twin. And it’s Cristofana who shows May a portal that takes her into the year of 1348.

Everyone wants something from May. Her parents’ want her to choose a side, her best friend wants her to love him as more than a friend, and Cristofana wants her to trade lives. May’s world is changing and it’s up to her to decide which direction it will go. Will she step through the mirror and end it all? Or is there a way for May to have everything she desires? Only time will tell.

Noyes attempted to stitch together the genres of historical, paranormal and romance while at the same time weaving them into a teen angst novel. But what she got instead was a colorful and inconsistent genre-quilt. With all of the problems that the main character is facing, readers will feel pulled in too many different directions. There were too many plot lines which will ultimately leave readers confused as they try to keep up. Noyes should have stuck with one or even two of the aforementioned genres.

Noyes talent as a historical fiction writer is clearly evident throughout the novel. Readers are able to get a clear picture of fourteenth century Italy and are able to learn as they are being entertained. It would have been enough for Noyes to keep with the historical side of the story instead of making this a patchwork book. 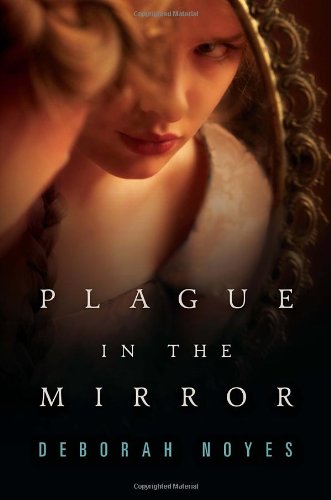