Ah, finally! The latest and most likely last novel in Maria V. Snyder's lovely Healer series. The utterly evil cliffhanger at the end of Scent of Magic will torment me no more! Since this is the third book and I've reviewed all the others, it will be a challenge for me to find new ways of expressing my love of the series. Just watch, though; I'm up to it.

The book begins with Kerrick missing after being poisoned and passing out in the woods, leaving Avry and the rest of the band absolutely frantic and almost everybody believing he is dead. Well, Ryne is a little too strategic to become frantic, but he was quite concerned as well. Now, Avry has been told that Kerrick is dead before, so she decides not to believe it and continues to hold out hope. I just love Kerrick and Avry's relationship; even separated throughout most of the series with armies and magic and horrible beasties between them, they still manage to have such a lovely romance.

This book is darker than the previous novels, what with the introduction of the Skeleton King and his minions as very, very, very creepy new villains. They are truly shiver-worthy and add an interesting new plot-line. Tohon is as nasty as ever and they battle against him grows more complicated by the growing bond between him and Avry. I really liked that particular thread through the story for some reason... Multiple characters develop fascinating new abilities, but to tell you who or what sorts of abilities would be cheating, so I'll just say that it's fun and occasionally painful to watch.

I have the same small complaint about this book that I had with Scent of Magic; the POV and scene switches are sometimes a little weird and confusing. Part of that could be the e-book formatting, but not all. However, when the story and characters are so wonderful, that is a fairly insignificant problem.

Since it's the last book in the series (or at least this story arc), many loose ends are tied up and there is all kinds of delightful kissing that made me smile. The ending was perfect. For the characters, for the story, for me personally... just perfect. There are enough threads still hanging to leave room for more stories in the world and to keep it from being bound in too neat of a bow. I do hope Ms. Snyder decides to revisit this world in the future. I would dearly love to see it again.

I received an advance e-copy of this book in exchange for a fair and honest review. 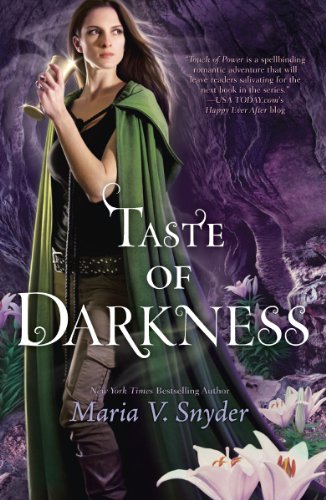