Manor of Secrets by Katherine Longshore

Lady Charlotte is ready for a change. She’s been living in The Manor her entire life and she’s starting to feel restricted by the parameters set by society. She wants to go beyond The Manor’s grounds and out into the real world. She longs to do more with her life than pay calls and arrange menus. Charlotte knows that there’s an adventure out there for her, she just has to take the chance and find it.

Janie on the other hand lives and works at The Manor. She is a kitchen maid who is great at what she does, but knows she can do more for herself. Janie knows she can rise above everyone’s expectations and break out of society’s mold to follow her passions. But the problem is she isn’t sure if she has the courage, or even the means, to do so.


Both girls are ready for a change. But the change they had in mind isn’t what they receive. As their paths cross, the pair will begin to test boundaries and they’ll eventually uncover secrets that will end up changing their lives forever.

Katherine Longshore’s new novel, Manor of Secrets, is the latest addition to the world’s growing collection of British Literature surrounding the post-Edwardian era. Ever since the development of a certain British television drama portraying the time period, books of both fiction and non have been published in hopes of entertaining and enlightening the world to what is known as an early twentieth century aristocratic society.

Longshore’s novel is one of the few that have been published under the genre of Young Adult Literature and it does succeed in being both enjoyable and informative. The novel’s historic setting proved to be a refreshing break from the average dystopian/romance/coming-of-age tale. Teens, especially young girls, will find that they will have no trouble relating to as well as liking the two main characters, even though their story takes place one hundred years prior to our time. Although the novel does at times drag on, Longshore makes up for it with a plot twist that will keep readers guessing and more importantly, keep them wanting more. 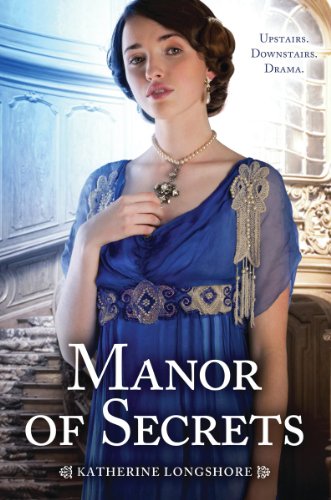