Trying to analyze The Big Lebowski, the 1998 cult-comedy film from the legendary Coen brothers, is like trying to extract juice from a banana. Yes, bananas are a fruit. As such, they could, theoretically, be juiced. But the innards of a banana are so rich, so dense, so different, that to squeeze it like an orange with the hopes of immediate, easily-drinkable liquid will only result in a lot of banana mush in your face.

So it is with The Big Lebowski. Yes, it's a movie, theoretically like any other movie. But the stylized dialogue, offbeat cinematography by the great Roger Deakins, clashing sources of inspiration, and absurdist plot are so rich, so dense, so different, that anyone hoping to critique it like a normal movie will end up covered in proverbial cinematic goop.

The plotline itself is pointless (which is exactly how the directors wanted it). An unemployed burnout with a penchant for bowling known as "The Dude" is dragged kicking and screaming into a caper of epic proportions, involving German nihilists, math homework, a briefcase full of underwear, techno-pop music, green toenail polish, abstract feminist paintings, and an attack marmot. It takes about twenty minutes to realize you're not going to understand The Big Lebowski. But that's the point! You're not supposed to.

Which is not to say people haven't tried. The film is often categorized as "stoner noir," a hollow attempt to assert that all movies exist within a spectrum of inherent meaning. But the Coens themselves strongly dispute this point.

As crewmember William Preston Robertson recounts, long after the release of The Big Lebowski, the Coens were presented with a common rationale explaining the bizarre cowboy narration and footage of a tumbleweed which opens the film. It was, the theorist claimed, a symbol of the Old West segueing into a storyline involving the New West (as the film is set in 1990s Los Angeles) to suggest the unconcerned Dude is, like the tumbleweed, an old spirit.

The Coens responded, "Sure."

So why make it? If the story isn't supposed to add up to anything, why put in the insane levels of time and money, let alone assemble the all-star ensemble of Jeff Bridges, John Goodman, Steve Buscemi, Julianne Moore, Philip Seymour Hoffman, Sam Elliott, and, of course, Flea?

My personal belief is this: The Coens wanted to reflect reality. Reality doesn't have a beginning, middle, and end. It doesn't have an overarching lesson. And very rarely does it make any sense.

We see this hyper-realism in the dialogue: The characters interrupt each other, interrupt themselves, and lose their train of thought. We see it in the way characters enter and exit the world of the film: Taxi drivers, private investigators, and Malibu police chiefs pop in and out like all the interesting stangers we meet so briefly in our lives. And the film ends abruptly, with nothing quite the same, and nothing all that different.

We try to make meaning from The Big Lebowski the same way we try to make meaning of our own existences; that is to say, with great futility. If I did have to categorize this film, it would be with that grouping of storytellers who acknowledge the inherent lack of meaning in life. Samuel Beckett and Kurt Vonnegut come to mind.

So yes, analyzing The Big Lebowski is, in the traditional sense, an impossible task. But if the Coens wanted us to learn anything from this film, it's that we shouldn't try to analyze in the first place. 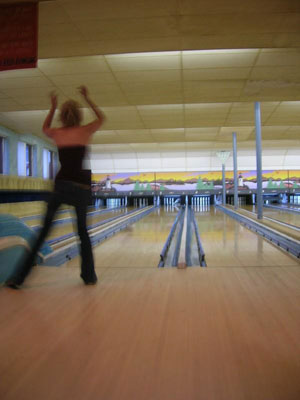 I really wanted this film to mean something. But I've realized that the beauty of The Big Lebowski stems from its aimlessness. And yes, I am now an ordained Dudeist priest.