"Kim Ji Young: Born 1982" is the silent voice for the past several years of Korean women and women as a whole in the society which has placed heavy gender stereotypes on them.

Starting from a controversial novel...

In the year 2016, author Cho Nam Joo published a novel called “Kim Ji-young: Born 1982” for the first time, which revolved around the life of an ordinary woman in her mid-30s. The book promptly attracted people’s attention and caused a lot of controversy, especially in Korea, in which male chauvinism is still dominant. And finally, in 2019, director Kim Do-young officially released the movie with the same name based on this novel.

To a heartbroken movie…

This is one of the very few movies that make me get caught up in an emotional circuit that takes wholly 2 days to get out, perhaps it is the empathy deeply from my heart. Even though I am still a teenager, I can easily feel the extraordinary collective pain of Kim Ji-young, maybe it’s because this story is just too familiar to me, to us, and to all the women. Throughout the movie, there’s no plot twist, no special effects, and no space for vagueness. It’s just a common Korean name (at that time), a common family (a 3-person middle-class family), or common jobs (typical office man and housewife ),... but it’s not just the story about Kim Ji-young, instead, it’s the story of every woman.

The movie opens on a warm sunny day. However, the woman in the scene is strangely lonely with her eyes filled with confidence. That scene was quickly shattered by the call of a child, “Mother!”. Kim Ji-young was a girl born in 1982 in a typical family: The oldest sister is a teacher, after that is Ji-young and her younger brother. Just like any other girl, Ji-young quickly got a job at an advertising agency after graduating from university. Being loved by colleagues, being widely admitted by her boss, her career path has no opportunity for advancement, just because she is a woman. After marriage, Ji-young decides to become a housewife. It seemed that her life was still fine, until the day her husband realized something strange: sometimes she would turn into a different person.

The special feature of the movie is through this malady, through the women that Ji Young is "imported" to express their feelings, the injustices faced by women in this society. When being herself, Ji-young always shows understanding and gentleness, all of her thoughts are under the cover of "I'm fine". However, when she turns into someone else, she replaces them to communicate and express to everyone the true thoughts of the women around us. Sometimes she becomes her mother to talk to her mother-in-law, or sometimes she becomes a friend who committed suicide because she lost her child, and perhaps, the most emotional scene is when she becomes the grandmother to talk to her mother,... Through those conversations, we can plainly feel the weight of gender stereotypes on the shoulders of all Asian women. All the words, all the thoughts are seemingly small, but they frame their lives, confining the women to an exhausting lifestyle.

Not only through the character Kim Ji-young, but the male chauvinism is also expressed through the small details in the movie, like the scene of a woman apologizing for opening the store, the scene in which a coworker lamenting about the men who intern with her had been promoted long ago, or the scene of the eldest sister, even though she stands up strongly against old ideas, she still chooses to study the teaching profession which she hated just to have enough money to send her brother to college,... It seems that this idea has been ingrained in the blood of society, to such an extent that they don't even realize its weight and even the women themselves are using this idea to treat each other.

The scene that touched me the most was the moment when Ji Young becomes her grandmother to say sorry to her mother, who also had to sacrifice her youth, had to drop out of school to work to take care of her younger brother even though she was the best student in the class. The moment when Ji-young calls her mother's name, I burst into tears, perhaps apart from Ji-young, her mother was also the one who had to face the heavy prejudice of society. When she was young, she had to give up her studies to work to earn money for her siblings to study, and then she ended up marrying a patriarchal man,... Her life is revolved around a society that favors men and despises women, she realized but couldn't resist, she could only show her anger towards her mother or cried when her husband only bought tonics for the son.

Talking about the circle again, near the end of the movie, when we've almost determined a happy ending because Ji-young agreed to see a psychiatrist, a scene in which she calls her mother on a snowy day appears. The short phone call about the coincidence between the day she was born and the day she gave birth to a baby once again awaken the audience. Oh so that's it, even if we try, this prejudiced society will still turn around, her mother gave birth to her, she gave birth to her daughter, when will the women be able to escape this loop?

After watching the movie and discussing it with a friend, I was startled when receiving the comment "This movie does not contain acts of gender-based violence". Perhaps when it comes to violence, people usually think of physical violence first, or maybe each script and action in the movie are so insignificant and so familiar that people consider them normal. But as an Asian girl, I deeply sympathize with these seemingly petty prejudices. I am not married yet or having a baby, but somehow, the life around me still exists such thoughts. So I hope this movie will have the power to make people think more about their mom and grandma, and also all the women in this society, to love and cherish them. Obviously, getting rid of gender stereotypes takes a very long time, so right now let's just start with understanding and empathy! 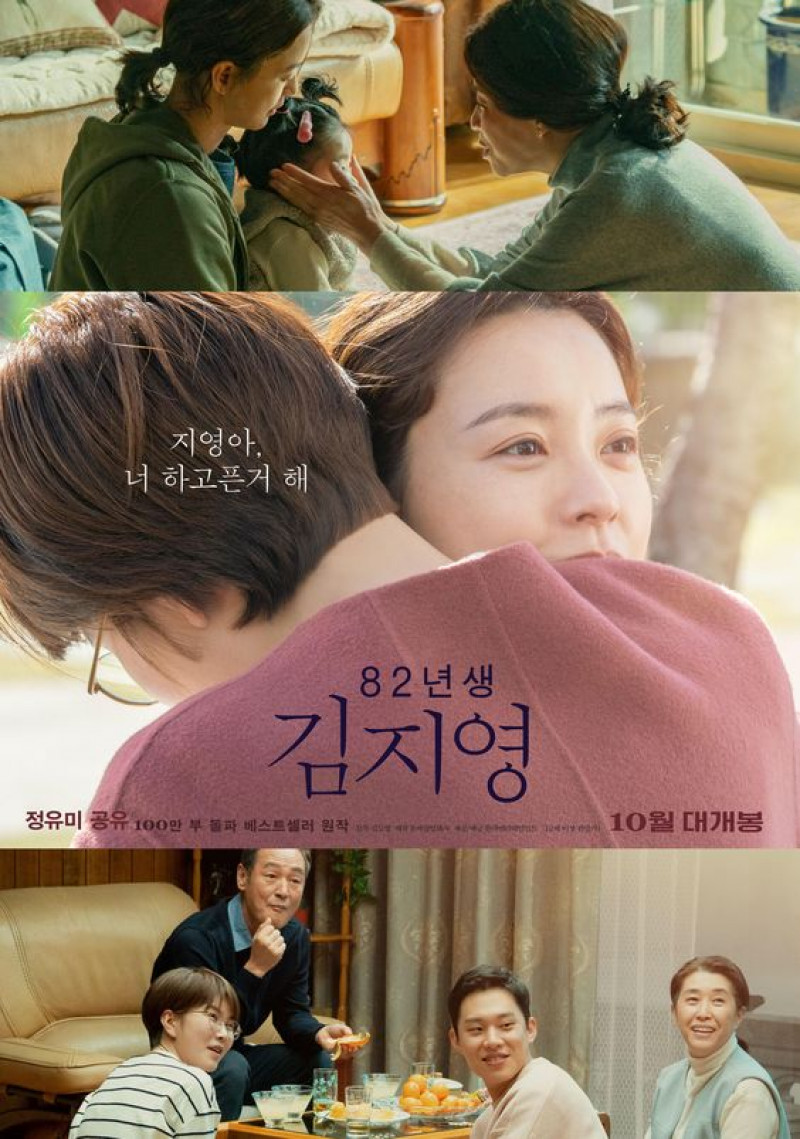 I am currently a senior in a public high school in Vietnam. I was born and raised in Saigon, a nostalgic city. Being involved in many extracurricular activities provided me a wide knowledge and insight about many aspects in life. Also, I have a chance to truly understand not only the physical world but also the mental one, and it helped me to become a responsible, dedicated person with a specific love for arts and writing. I hope through my works, I can give you the chance to explore yourself, to truly understand and experience what you have never seen or heard about. All in all, no matter if you have a chance to pack yourself and go or not, I would love to become a part of your mental adventure.