Favorite Quote:
"You can't just come into someone's life make them feel special and then leave." - Kim Taehyung
"Never give up on a dream that you've been chasing almost your whole life." - Park Jimin

The short film HairLove came out August 14, 2019, directed by Matthew A. Cherry, Everett Downing Jr., and Bruce W. Smith. The mother’s voice is played by Issa Rae. Issa Rae is known for being the creator and author of the Youtube series Awkward Black Girl. She is also the co-creator of the HBO series Insecure. Issa Rae’s shows have been nominated for a Golden Globe and many Emmys. Hair love is about a father named Stephen attempting to do his daughter Zuri’s hair for the very first time and doesn’t know what to do. First Zuri tries to do her own hair by watching a woman and a little girl on the iPad. She couldn’t do the hairstyle she chose and her father sees and runs her into a bedroom. He starts by trying to put a beanie on her head but she uses the hairdryer and blows it away. Her father tries to brush it out but it won’t work. Zuri’s hair starts fighting her father and her father is scared and thinks it is actually happening. Zuri started crying and she ran away into her room. Stephen knocks on the door and she opens it.  She shows her dad the iPad and chooses the hairstyle. Her father starts tearing up and then tries to do the hairstyle on her. In the end, he successfully did her hair.

I would recommend this short film because it is super heartwarming and super heart touching, for some they would say emotional. When I watched this short film I was not expecting the ending of the whole film. Reading the title I thought it was going to be about something else. I am positive that his short film will not disappoint anyone of all ages. Hair love won the Academy Award for Best Animated short film on Sunday.

This short film kinda reminds me of my niece and her mom. My niece just started going to kindergarten this year and every morning her mom wakes up and does her hair in different kinds of hairstyles. My niece loves her hair because it is super long and she has lots of hair. So it reminds me of when Zuri’s mom did her hair and did different hairstyles. I know that if my niece’s dad tries to do her hair he won’t be able to do any other hairstyles other than a ponytail. 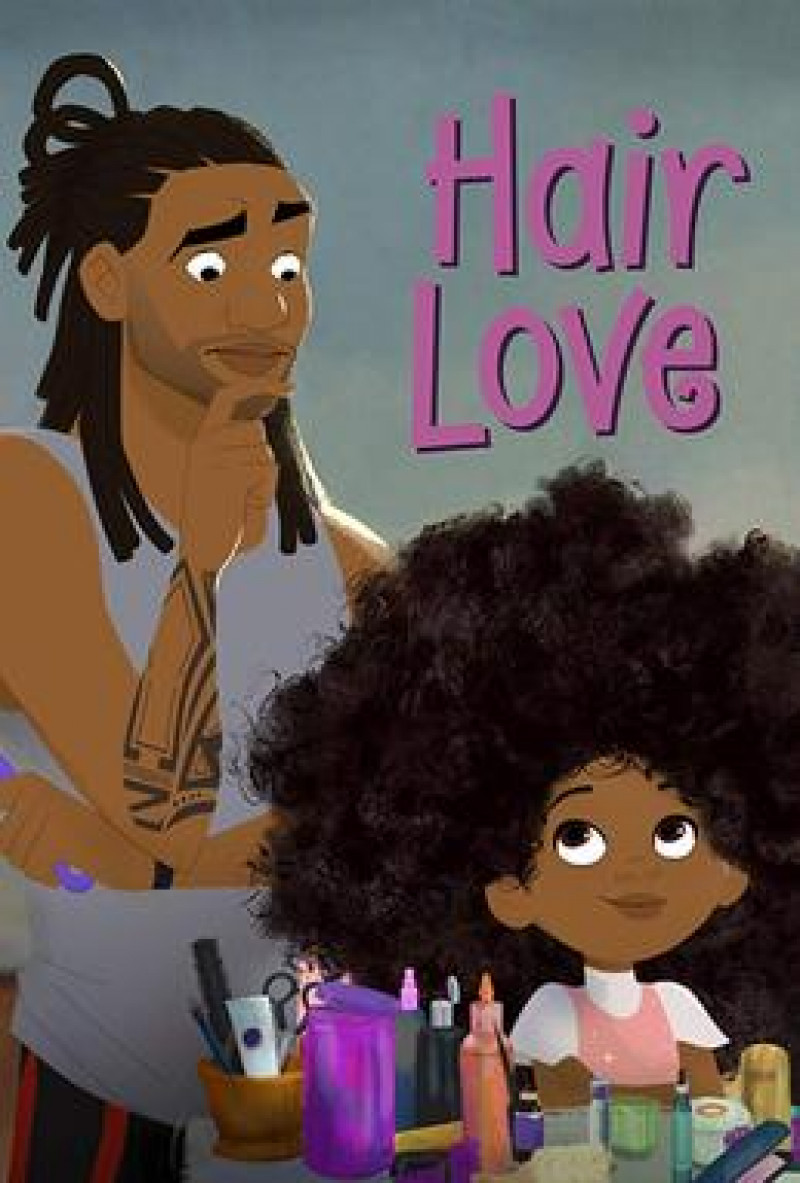