This Is It | Teen Ink

This Is It MAG

Last year, when Michael Jackson announced his ­upcoming concert tour, did you think, Why now, after a 10-year absence? The tour was to be called “This Is It” and this movie features the making of the stage show that never ­happened.

The movie starts with the ­auditioning of dancers, showing how Michael inspired them. One man said that when he heard the auditions were in two days, he was on the next flight to Los Angeles from Australia.

The movie follows Michael as he prepares for the 50-concert tour. Footage shows him rehearsing in street clothes and in his performance outfits, and includes the pre-released foot­age from his final rehearsal just days before his death. We also get to see exactly how the stage was designed and all the TLC that went into Michael's costumes. The King of Pop got nothing but the best out of his threads.

Green screen technology was used for incredible, eye-popping backdrops onstage and for modernized versions of “Thriller” and “Smooth Criminal.” This is when we really begin seeing a side of Michael that we wouldn't normally: the Michael who had fun doing what he did. At one point when Michael finishes a song and the lights slowly fade to black, you can see a smile creep across MJ's face.

As for the show itself, it was big and bold. The dancers were expected to be the best in the world and that's exactly what he got from them. Michael's back-up dancers aren't back-up – they're extensions of The Man.

That leads me to The Man himself. Michael was humble, kind, loving, almost shy. He often said “God bless you” after receiving applause from the crew. Whenever someone missed a cue, Michael would just say, “It's okay. That's what rehearsal is for.”

Did he still have all the moves of 15 years ago? No, but considering he was 50 and ­hadn't been onstage in 10 years, he could still bust a move. And when he went into his pop-and-locking sessions in “Billie Jean” and “Wanna Be Startin' Somethin'” it definitely reminded me why he's The Man.

His singing sounded exactly like 15 years ago. I was amazed. When he sang “Human Nature,” you could have heard a pin drop in the theatre. It sounded like he was singing playback in some of those songs, until he started scatting and improvising.

This movie was an attempt for redemption for Michael. After enduring two humiliating trials that damaged his reputation and psyche, he was determined to have people see him in a different light. And even in death, he has accomplished this.

My only real complaint is that I wish the movie had been more in-depth about the lighting, sound, and costume design. I would have liked to see every outfit MJ had lined up (he had 10 costume changes per show). Also, many of the big songs were there, but I didn't find “Bad,” one of my favorites.

All in all, “This Is It” is a touching tribute, a well made send-off, and a picturesque final hurrah for Michael Jackson, The King of Pop and perhaps the greatest entertainer this world has ever seen. There will never be another like him. This movie reminds us why. 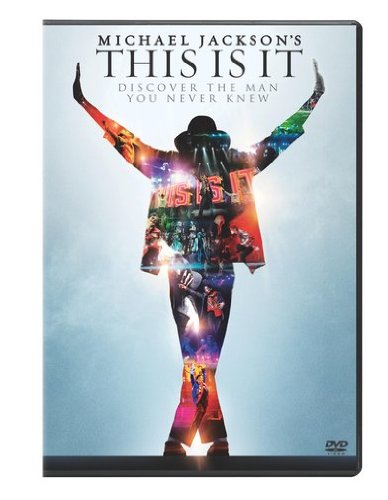 
Buy from Amazon Available on iTunes
The author's comments:
I've come to expect nothing but the best from this man and very rarely have I felt like I didn't get the full package. I got it this time, too. It was a very well made movie and it had a great subject - the King of Pop. It's sad that he's gone, but I pray that he's found what he was looking for here on earth. RIP Michael. This one's for you.
Post a comment
Submit your own

SusanneMJ said...
on Apr. 7 2010 at 5:43 pm
I loved "This is it". I saw it 10 times already. Michael Jackson was amazing. You are so right, there will never be another like him. He was the greatest entertainer of all times.