Many remember the original Karate Kid of lore. The Karate Kid of 1984, from an era of movies where the action and dialogue was impossibly cheesy, the special effects were third-rate, and we couldn’t care less. It was a time when movies were “awesome” just for the sake of being that way. We didn’t need a reason. When we compare these movies from long ago to the ones being made now, it is all too easy for one generation or another to claim that movies were better back then or are better now, without realizing that what was good then and what is good now are often two different things entirely. Were movies great in the 80s? Yes, of course. Are movies great now? Yes, absolutely. But just because one particular version of a movie that was made almost 30 years ago has become a classic over the years, doesn’t mean that the current modernized version of that movie isn’t just as good or even better.


All of the above is the mindset you will have to have when you sit down to watch the 2010 version of the 1984 classic, The Karate Kid. This version stars Jaden Smith (son of singer/actor Will Smith) who plays a 12-year-old from Detroit named Dre Parker whose mother has been transferred to China to work at a car factory. As soon as we are introduced to these new characters and setting, the familiar elements of the original movie begin to appear. As Dre begins to befriend a girl in the local park next to his apartment complex, they are both bullied by a group of boys. As Dre attempts to defend her and himself, he is beaten mercilessly by the group’s apparent leader.


This bullying goes on for several more scenes into the movie in various places - school, the street, etc. - until Dre decides to fight back and gets chased through streets and alleyways back to his apartment. The leader begins to beat up Dre again as two of his friends hold him down, the other three watching. Just as he is about to seriously injure him, the confrontation is broken up by the apartment’s handyman, Mr. Han (Jackie Chan). After breaking up the fight, and hearing from Dre about the less-than-desirable teaching methods of the boys’ martial arts teacher, Mr. Han decides to go talk with him. The teacher, not pleased with having his class disrupted and his students attacked, tries to get either Han or Dre to fight. Han strikes a deal, saying that Dre will fight at an upcoming Kung Fu tournament, so long as the group of boys would leave him alone to train.


This is about where the similarities end. As the training commences, we see the film take a slightly different tangent. Instead of “wax on, wax off” it is now, “jacket on, jacket off” as well as “hang up” and “pick up.” Confused? Allow me to explain. All I can really say without spoiling a big chunk of the movie is that even though the movie was named The Karate Kid in order to honor the producer of the original movie - who helped produce this movie - Dre is learning Kung Fu as opposed to Karate. What’s the difference? Not being an expert I can’t be sure, but it’s there.

The attention to scenery was also a big add-on. Being in China, there are multiple opportunities to capture its often breathtaking essence. Whether it be in Hong Kong with its abstract and gargantuan buildings, to the famed “Forbidden City” and the Great Wall of China, to the rolling green hills and seemingly endless mountains, cliff faces and waterfalls.

There were also life lessons to be taken from the movie. Most coming from the training sequences, but perhaps the most powerful coming in a scene between Jackie and Jaden in Han’s living room where they both give some of the best emotional performances I’ve seen in awhile. The message is best summed up by Chan later in the movie: “Life will knock us down; we can choose to get back up.”


As far as the story goes, it isn’t much different than the original: action and drama, peppered with a bit of romance and humor along the way. The action will differ a little bit - seeing as it is Kung Fu and not Karate - but, those of you not looking for it, won’t notice. Training sequences aren’t exactly as you’d imagine them. Those who imagine Dre running up an endless flight of stairs on a mountain or balancing himself on a pole are only partly right. The fighting is excellently choreographed. It is fast-paced, hard-hitting and, at times, unflinching and brutal. Needless to say, Jackie Chan has aged incredibly well. At 56 years of age, he is by no means old in any sense of the word or any stretch of imagination. But for him to do what he does and still be so good at it is certainly worth praising. And speaking of praise, I’m never one to heap much praise on anything. However, I will give props where props are due and, after watching this movie, Jaden Smith deserves all of it. While some of his lines did come off more as practiced one-liners than normal dialogue, (this might be attributed to the sometimes humorous nature of the film) he truly shined in his most powerful scenes. The scenes where he was fighting, training, consoling and even missing his home. His method in tackling the role is sometimes questionable, but his emotional impact is undeniable and it will have you cheering by the end of the film. The Karate Kid 2010 is a movie that manages to be entertaining and fulfilling at the same time. It fulfills our need to be inspired by giving us the classic Human Struggle. Go see this movie. It is uplifting, and, if nothing else, you will feel better because of it when the lights go up. 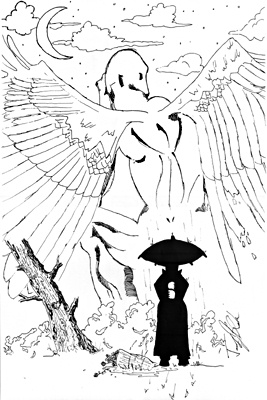 The author's comments:
Jaden Smith was certainly a pleasant surprise. I didn't realize the little guy was that good. He seems to have acting in his blood, and he's got a bright future ahead of him. I mean, this kid was in a movie with Jackie Chan! The sky is the limit now.
Post a comment
Submit your own