The Awakening of Joshua | Teen Ink

The Awakening of Joshua

Hip-hop is a modern day musical form, with its roots born in less-then ideal circumstances: drug sales and gang wars; street credit between one individual and another to entire criminal webs. With each verse, one can almost hear the echo of gun shots fired in the distance and police sirens sounding. Like a war drum beat only when the time to fight is upon a person, the draw of Hip-hop’s seemingly ill-influenced wording is heard for miles on end at a time: it beckons one in with phrases praising men in jail for wrong-doings and honors those who fight with the bang-bang of a pistol conveniently tucked under a pant leg so the police won’t catch the one who makes the first shot.

The main protagonist of Slam, Ray Joshua, was created by the real life example of the film’s leading man, Saul Williams. He claims that through “learning the power of word”, he can use it to “transcend his given reality,”

But what exactly do these poetic words mean?

Through his words, his life seems to be altered along with the lives of others who he had or has previously affiliated himself with: his drug dealer, Mike, whom through his words thought twice on violent revenge; his creative writing teacher Lauren Bell who gave him an emotional outlet; those who have been sucked into the culture of gangs like some sort of black hole straight out of a science fiction graphic novel.

Hip-hop, or ‘free verse poetry’, as some seem to call it, has not remained the “I’m-going-to-pop-a-cap-in-your-ass” chant that most see it to be. Rather, Joshua has seemed to elevate this urban art form to a higher level: speaking on real events which resonate continuously in today’s Hip-hop tunes but with a more lyrical take on them. Yes, it can be said that he is simply a more educated artist of a less prized song style but when listening to his words, a difference can be heard:

“She had eyes
Like two turntables
Mix(h)er
In between
My dreams and reality
Blend in ancient themes
The bas(s)is of Isis
Cross-faded to ankh
The beat drops
Like a cliff
Over looking my heart.”

It’s not everyday that one hears a Hip-hop artist using Egyptian mythological figures in his poems. Does this not prove that Ray Joshua has begun a new generation of Hip-hop, a virtual phoenix-like rebirth? Compulsive at first it may seem, but then seems to shine in a new radiating light. 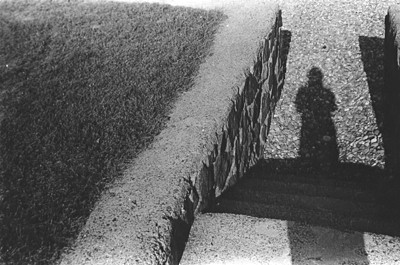 The author's comments:
An analysis piece written after seeing the film 'Slam', which is about Saul Williams and his life. Written for Creative Writing in school.
Post a comment
Submit your own