Catch Reese Witherspoon and others in this romantic comedy like no other! In this film, blue blooded Penelope has been locked up for years, hidden from the world around her for 1 reason: she has a snout instead of a nose. This is because of a curse bestowed on the family many years ago. Generations ago, the family ancestor (a young man) had a thing for the servant girl Clara. But his family laughed at him. After all it was ridiculous for them to be married. He was rich, and Clara wasn't. So he abandoned his heart and married a rich woman. Clara was so heartbroken, she committed suicide. Her mother, a witch, seeked revenge. So she bestowed a curse that the next family daughter would have the nose of a pig. And the daughter is Penelope. In order to break the curse, she has to marry a blue blood and he has to like her for her, snout or not. This leads to many experimenting, and a hired matchmaker. Every rich man ran away in terror for years......until Max comes along. The only man who didn't run away.

This is a moving, modern fairytale. It's comedic & dramatic. The perfect combination. i liked this movie a lot and i would recommend it. It's definitely a classic to come.
And it's unique & well-produced. i give it 4 ****!! 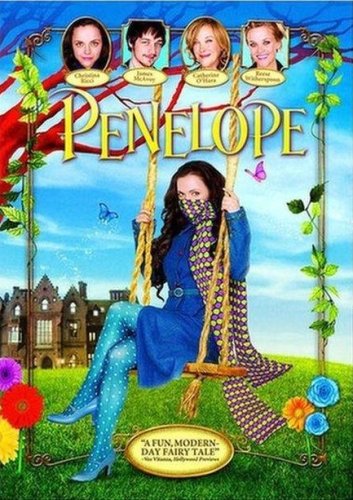 
Buy from Amazon Available on iTunes
The author's comments:
i assure you, the movie is MUCH better then the preview
Post a comment
Submit your own