Harry Potter and the Deathly Hallows (part one) | Teen Ink

Harry Potter and the Deathly Hallows (part one)

Favorite Quote:
"You may say I'm a dreamer, but I'm not the only one. I hope someday you will join us, and the world will live as one." <3

"Not all who wander are lost"

Fans have been eagerly awaiting the arrival of the first part of the ending of the epic series. Ever since Warner Brothers moved the premiere date from July 2010 to November 19, 2010, fans have been anticipating the movie more than ever. And, needless to say, the majority were not disappointed by the turn out of the film.

The perfect amount of comedy is tossed in with the thrilling battle scenes that leave viewers gripping their seats. The stars really outdid themselves this time; the audience is able to feel the emotion in each and every line. Plus, the script stays pretty close to that of the book.

However, a large section of the movie is rushed. How else were they to squish 782 pages of fantasy into a 2 hour length movie? They didn’t; they split it into two. Yet, the movie is still a bit rushed. Bill Weasley, a character readers have been familiar with since the beginning of the series, is introduced in one line. His battle with Fenrir Greyback is barely mentioned, whereas the books went in to gripping detail.

Another aspect that frustrated many was the fact that the characters never realize Voldemort’s name is taboo. The movie ends, and viewers who haven’t read the books remain clueless as to how the Death Eaters find the trio in the café. Also, the snatching scene is different from that in the book, in the sense that Harry, Ron, and Hermione walked into a trap, instead of the Snatchers apparating when Voldemort’s name is said.

Yet another disappointment is Dobby’s death. Sure, we all knew it was coming. But they hadn’t made Dobby as important as he had been in the books. In the books, Dobby saves Harry’s life multiple times. However, in the movies, Dobby’s heroic deeds were made to be that of Neville Longbottom and other characters.

However, although there are disappointing aspects, the majority of the movie reflected very well on the original text. Riddle-Harry and Riddle-Hermione were dead on, and the Bathilda Bagshot/Nagini scene was terrifying. Xeno Lovegood is exactly how he is described in the books, and the scene in the Ministry is as griping as it was in the original text.

If you haven’t seen the movie yet, I highly suggest you do so. Even though parts of the movie were disappointments compared to the book, the majority were spot-on. 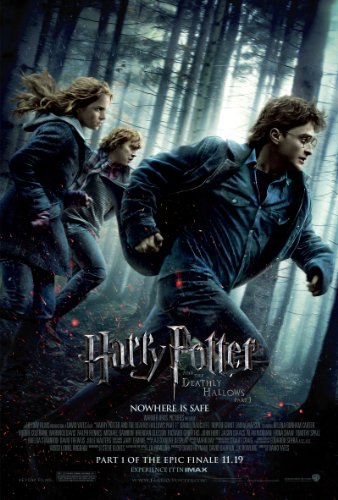