“Once upon a time, on the north shore of Long Island, some thirty miles from New York, there lived a small girl on a large estate.” That small girl was Sabrina Fairchild. Sabrina is a feminine name of the Latin origin meaning the river Severn coming from Wales. But Sabrina is not a river from the Unites Kingdom, but rather the shy and gawky daughter of a rich family’s chauffeur.

The movie begins with the Larabees, the rich family that Sabrina’s father drives around, hosting a grand party and introducing Sabrina’s romantic interests, the Larabee brothers. In the beginning Sabrina is in unrequited love with David Larrabee, the idle playboy who cares for nothing but fun, women, and not working at all. His older brother is Linus Larrabee, being David’s foil in the movie by being a Jack who all’s work, but no play and being described as the “world’s only living heart donor.”


The following day after the party Sabrina is sent away by her father to a culinary school in Paris in hopes that she will forget about David. While in Paris she meets a wise, old friend, who remarks on her blotched attempt at making a soufflé,

Apparently, David Larrabee notices this and falls in love with Sabrina, much to the dismay of his brother who has arranged for him a marriage with a wealthy woman to order to help conduct a business deal. To avoid this calamity Linus tries to direct Sabrina’s feelings toward him and in the process falls in love with her.
Meanwhile, Sabrina finds herself falling in love with Linus too and struggles with her feeling about him and his brother. Toward the end when she is about to departing on a boat to Paris Linus recognizes his feelings and runs after her. To find out how it ends watch the Academy award nominated film yourself, preferably with a loved one of your choice.

Sabrina is a classic film set in its romantic black and white screen with all elegance of elbow length gloves and a long strand of pearls. The quest for love is as familiar and as timeless as first hopeful star that comes out at night.
"La vie en rose", French for “Life in Pink”, or another allusion to seeing life in rose colored glasses. As Édith Piaf and Louise Armstrong had sung before, Audrey Hepburn sings again in her journey for happiness in Paris and her success for true love at home where her heart is.
As Sabrina had written to her father while in Paris,

“I have learnt how to live... How to be In the world and Of the world, and not just to stand aside and watch. And I will never, never again run away from life. Or from love, either...”

Sabrina is an inspiration to who want to cook, to those waiting for love, or simply those who wish for live. 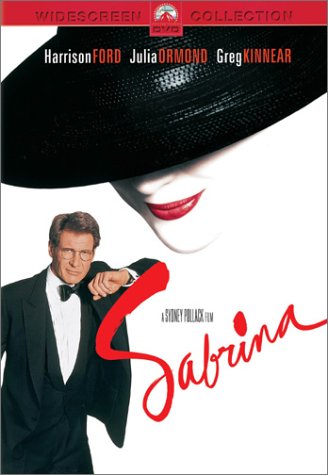