“Don't talk to anyone, don't touch anyone. Stay away from other people.” Contagion borrows an overdone plot device and adds its own unique flair. An epidemic sweeps across the world, and it is up to one man who is fortuitously immune to the plague to save his family from the invisible threat. At least, this is what you can infer from the trailer. However, after viewing Contagion, I get more of a documentary sort of vibe from the film. No matter what chaos may be occurring, Contagion always brings it back to the cold hard facts; the Science. If Contagion is a "horror movie," as director Soderbergh has described it, then you can think of it as the most believable zombie movie ever made. The irony of this film is that it's all about how we need to come together to conquer a calamity that pushes us apart. Contagion is a draw dropping sci-thriller that will leave you hanging on the edge of your seat, perplexed with the idea that this epidemic might take place, and twitchy about the guy coughing in the row of seats behind you. 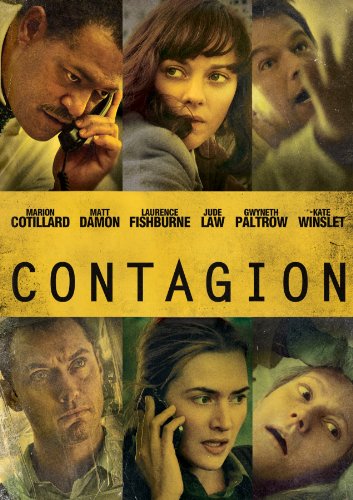 
Buy from Amazon Available on iTunes
The author's comments:
this is a brief summary of one of my favorite thrillers, which doesn't give much of the plot away.
Post a comment
Submit your own