The Grey is a new action-thriller starring Liam Neeson (Schindler's List, Taken) as the main character Ottway, who is stranded with a few others somewhere in the snowy wilderness when the plane he's on crashes.
The Grey is, without a doubt, one of the best action films I've ever seen, and is one of Liam's best as he puts everything into this film. This is not the same Hollywood action fair that has a main character with some supporting that get caught up in a conflict and resolve it with a generally positive ending, but instead this is a totally new and rare piece of cinema; an original film.
The acting is incredible; i haven't felt this attached to movie characters since The Lord of the Rings: The Return of the King! Every actor has something to provide; from the very annoying jerk Diaz to the warm-hearted Hendricks, the characters are some you come to love.
The main focus of the film, though, that kept me on the edge of my seat at every moment, was the wolves. These creatures, the way they are portrayed, is just absolutely frightening; I've never seen anything more scary than a wolf that hunts because of protection, and sport. The characters are being attacked because they think they've landed in their den, but really they were just in the wrong place at the wrong time.

Overall, this is one of the best action films ever made and one of Liam Neeson's best; a must-see for anyone who loves great cinema. As Ottway's father's poem says, "Live and Die On This Day." 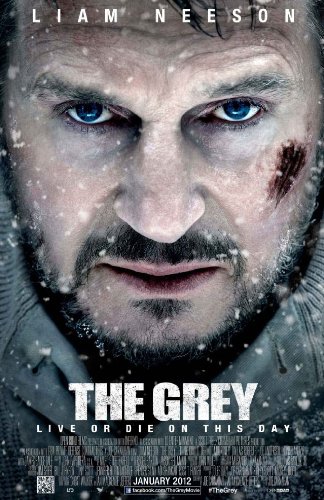 
Buy from Amazon Available on iTunes
The author's comments:
I had to write a review on this film because this was just an incredible piece of film; a masterpiece among the greatest. It has some of the best dialogue and scenes I've ever witnessed in a movie; some of them have to go into the Movie History books
Post a comment
Submit your own