Favorite Quote:
"Man is least himself when he talks in his own person. Give him a mask, and he will tell you the truth." - Oscar Wilde

“There is a secret behind every illusion. But what if it is not an illusion at all. Would you believe?”. Yes. I would.

The Illusionist was recommended to me by my uncle – a man with a vast culture and great taste (if I do say so myself). Having a deep-rooted love for Edward Norton and his work I watched the film’s trailer a month later and immediately fell in love with it. There was no question – this was already one of my favorite films.

Edward Norton, Jessica Biel, Paul Giamatti and Rufus Sewell breathe new life into one of the oldest story of all times – one of forbidden love. In 19th century Vienna, a peasant boy, dotted with unusual talents, meets the young duchess. The two quickly become thick as thieves before social barriers tear them apart. Fifteen years later they meet again as Eisenheim the Illusionist and Duchess Sophie von Teschen. He renders the world spellbound with his illusions, she renders him madly in love. The two plan to elope – but after so much time apart, will social status still keep them divided? Or will their love and Eisenheim’s talents finally bring them together?

Part of the beauty of the film lies, not only in the story and the characters (who, by the way, are absolutely endearing) but also with the illusions themselves. By the time I had finished watching the film for the second time, I still wasn’t sure whether I was watching Eisenheim the Illusionist or Eisenheim the Magician – and I suppose that, like all good things in the world, it’s up to you to decide. 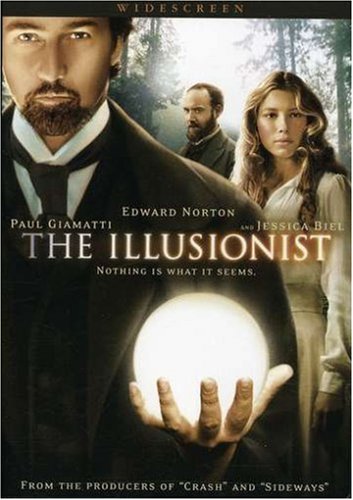