The whole Stevens family came to Red Stevens' funeral, even though it rained. Why? Because Red Stevens (James Garner) was a billionare. After the funeral Red's lawyer, Mr. Hamilton (Bill Cobbs), disperses the inheritance among the relations. But why does Red's grandson Jason (Drew Fuller), who showed up late for the funeral, with rock music blaring on his stereo, get the ultimate gift (Although techincally he has to earn it first)?

This film takes a deep look into what's really important in life without making it seem like a lecture. There is a diverse set of characters and situations that make the journey interesting and engaging throughout. Jason's character arc is rather realistic, where he doesn't become righteous right off.

There is some swearing. A couple women wear immodest clothes. One of Jason's relatives suggests that the reason he seems so sentimental all of the sudden is because he's on drugs (another relative follows this up with "Again?"). Jason and other men are almost executed by drug dealers.

In the end, it's a very entertaining and thought provoking film. 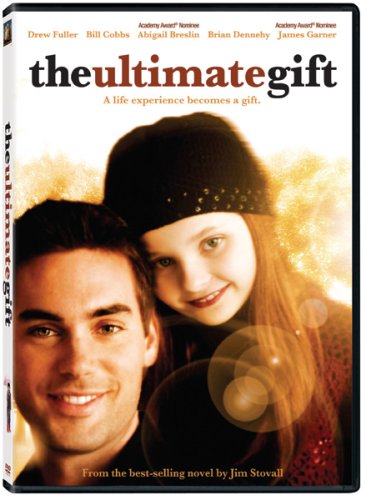 What's most important to you?

Favorite Quote:
Isaiah 40:31
Those who wait upon the Lord will renew their strength, they will run and not be faint, walk and not be weary.

View profile
This is a great movie! I own it and watch it often. This movie makes me cry every time.