Noah is a hard movie to recommend. Not because of the quality of the movie, but because of the demogrphic. It’s not for someone looking for an accurate representation of the story from the bible, nor is it an intense psychological drama, like director Darren Aronofsky’s other movies. Rather, Noah is for the viewers who were not in any of the previous categories and just want to enjoy a movie. Noah is about a man who must build a boat to save himself, his family and a bunch of animals from a world wide flood.

One of the first things I noticed about the movie is the editing. It is really jarring and tries hard be stylistic, but it comes off as amateur. There is a scene in the movie where Noah is confronted by a group of people. Intense music plays in the background as the camera  pans around Noah’s attackers. The movie quickly cuts to a close-up of Noah’s face and something hits him in the head with a comical thunk as the screen goes to black. It was so out of place I actually laughed out loud.

Not unlike the editing the costume design is also sort of out of place. This movie takes place at the beginning of time so the clothing used in the movie seemed to not be adapted to the time period. The characters wore boots, hoodies, jackets and shirts with collars on them.

Despite these flaws, I was never bored during the film. The characters are interesting, the actors are talented and although their were some quirky decisions like the costume design, the writers still managed to keep everything pretty consistent. I wouldn’t go out and buy this movie but it would be worth catching it while it is on TV. 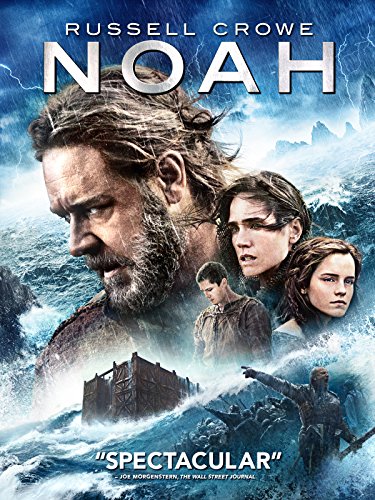