Mexico. A man escapes from corrupt police officers and their blood-thirsty dogs and starts running across the dessert. Miles away, another man is being tortured and prepared to be set on fire for sleeping with a general's wife. In the city, a man goes through a warehouse full of thugs to retrive the love of his life, a dark van with a red stripe on the side. In an asylum, a man is attempting to escape, be it by impersonating a doctor or trying to jump-start a car with defirbulators. What happens when these men are thrown together in a quest for justice and truth?

They become the A-team.

This is a reboot of the 1980's TV series. It stars Liam Neeson as Hannibal Smith, Bradley Cooper as Face, Quinton Jackson as B.A., Sharlto Copley as Murdock, and Jessica Biel as the arrogant leuitenant pursuing them across the world.

The A-team has always been about working together. This theme is carried into this film. The other themes include pacifism vs violence, friendship, and growth. Hannibal is trying to help Face become an effective leader, B.A. is struggling with a violent past, and Murdock is...well, trying to be remain positive and helpful in a world full of treachery and selfishness.

There are some laughs along the way, such as the incident of an air-borne tank...

Structurally, the film was very haphazard. It's very hard to understand the plot lines, and the needingless flash-backs don't help matters. Motives get jumbled to imcomprehendiblness. The references made to the original series in the first few minutes are pointless. Some of the acting is very wooden.

Generally, the film was full to the brim with crass language, sexual references and shooting. Face flirts with several women, for selfish reasons or not. Drugs and alchohol are used abundantly. After escaping death, Hannibal starts a joke with: "So Satan walks into a bar..."

Personal result: As a fan of the original TV series and an average human in general, I must say that I was unimpressed. 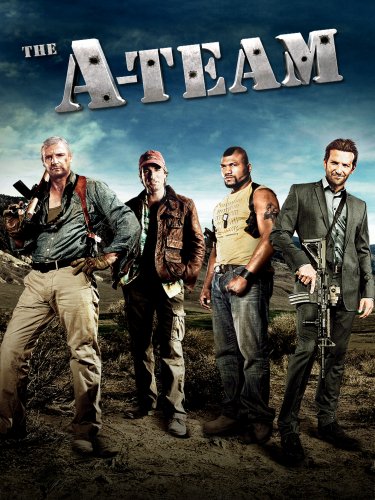 This plan could have come together better.