I think we all hear Bowie before we hear Bowie. The hits, — "Changes", "Moonage Daydream", "Space Oddity" — we all hear these great songs and we admire the great pop songwriting that Bowie displays. We hear the charismatic character whoever he chose to be at that time. We love the catchiness and the great playing. But as I was getting into Bowie, I began to hear the actor, the musician, the man behind the art who has always worn himself on his sleeve; not in a superficial way, but an honest one.

It goes without question that The Rise and Fall of Ziggy Stardust is his most flamboyant work. It’s a broadway play as much as it is an LP. Bowie paints himself as a flashy guitar rocker from the future and an androgynous slayer who’s going to slay the guitar like no other. Possibly like no one ever to be, as there is an oncoming apocalypse soon to wipe it all away. If Ziggy was living in this pre-apocalyptic world on the brink of disaster, the David whose mindset formed Low was after, and now he’s drowning in the sink.

What’s the sink? It’s a murky clouded pool, some dismal place to wash your face while not washing it, some disaster-soaked marble space where you can put your hands in, then goes your arms, head, torso, waist, and legs — sinking, sinking until you’re low. Hence the name, Low. If Ziggy was like fireworks bursting in the air, Low is the bits and pieces shimmering beyond the horizon, blending into the black. That's why I love this album.

I will admit that when you first put on this 11 track record, what I’m saying may not seem like the case. “Speed of Life” has some, well, speed. As does the whole first half of the album, frankly. But depression, hurt, addiction — these things don't stop your life, merely alter it. So although Low dabbles in post-punk with its groovy, strong baselines, and driving drums — it is saturated with bitterness. It’s a big change from the early 70s Bowie sound — not glammy. It’s Station to Station Bowie, it’s Heroes Bowie. Anxious, nocturnal electronics bleeping and blooping, David Bowie frantically singing very longing, cold lyrics; we’re in the sink, alright.

On the second track, “Breaking Glass,” it seems like he’s physically having a breakdown. Breaking glass, or drawing something he doesn’t want his woman to see. When I think of why he’s breaking the glass in particular, it’s because he’s not happy with what he sees or with the person he is. The final lyrics are, “You're such a wonderful person / But you got problems / I'll never touch you.”

This could be him speaking from the woman’s perspective, but it also could be him talking to himself in the mirror, conflicted on whether he loves or hates himself. We see more of this franticness on the next track where he speaks to his personified soul. “I'm just a little bit afraid of you.” The man who always wore himself on his sleeve is now questioning who it is he’s wearing. “Oh, what you going to say? / Oh, what are you going to do? / Ah, what are you going to be? / To the real me.” When David Bowie finds himself, or just when he chooses to be vulnerable and be the real him again, what are people going to think? In this song, it seems that he is scared sh*tless.

Then, we have the greatest traditional song on the album, and one of Bowie’s best hits, “Sound and Vision.” I love this song. He starts it off by contemplating sound and vision. Don’t you wonder about it? I sure do. I think in this instance Bowie is consumed by it, part of this depression is the sound and vision, but it’s also part of his escape from it. Brilliantly, he then uses lines describing his room as “electric blue” and the blinds as pale, as he drifts into his solitude while looking for inspiration. I often experience this when I try to write about different things. The pressure of making something good is hard, especially when the best inspiration only naturally comes in spurts. Fortunately, when you get that inspiration, you are happier for it... until you run out, again.

Now, the second side of Low. I’m honestly not gonna talk much about it. It is something you have to listen to. It’s an almost-speechless half that speaks more words than Bowie could have physically said. It’s dripping with so much melancholy that you could fill buckets with it. Tony Visconti and Brian Eno did some fantastic work on these tracks in collaboration with Bowie. One thing I will say though is that “Subterraneans” is a masterpiece. Bowie’s vocals are sprinkled fragments of your broken soul on top of the wonderful music being made. As the record ends, look up — look up to the surface of the sink. You won’t see any light coming from the surface, we are far, far too deep. All we can do is what Bowie did, embrace it. 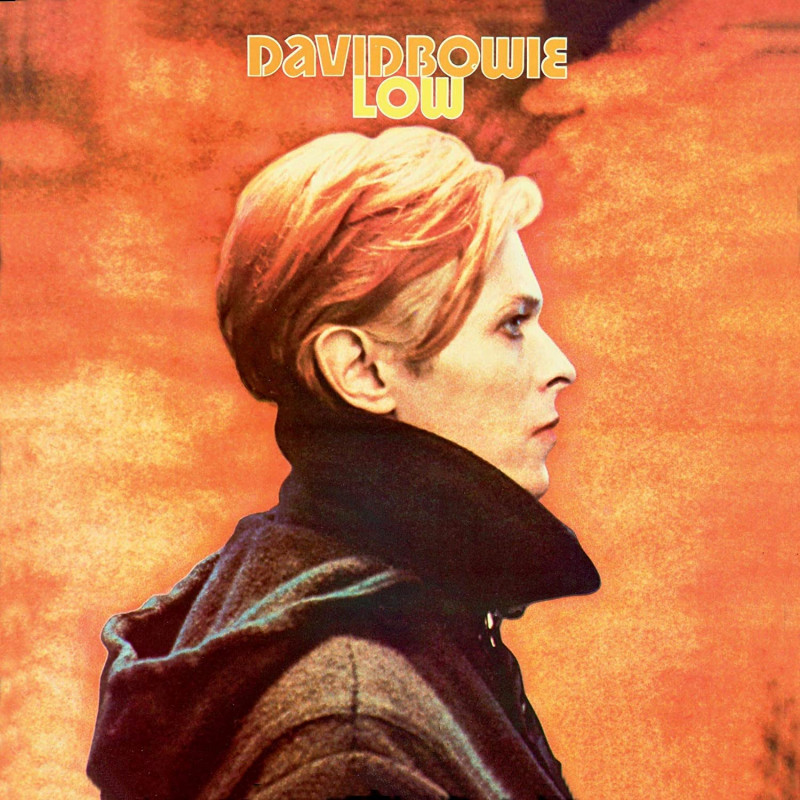