10 'Cold Heart (PNAU Remix)'
What happens when you have a song with one of the greatest singers of all time and the current 'It Girl.' You get 'Cold Heart.' The song 'Cold Heart' remix was released by Elton John and Dua Lipa in late August. The song is the perfect poolside jam. Earlier this year, the two even performed Dua's 'Love Again.' In the performance, the two sound fantastic, and you can feel how starstruck Lipa is. Good news, Elton John is even releasing an album titled 'The Lockdown Sessions' featuring Nicki Minaj, Miley Cyrus, Lil Nas X, Rina Sawayama, and more.

To top it all off, the remix launched Sir Elton John to his return on the Billboard Hot 100 after 21 years!

9' Aint Sh*t'
Originally under the title 'Ni**as Ain't Sh*t' or 'NAS.' the clever dig at American rapper NAS. This song is one of the best on 'Planet Her' Doja Cat's Third Studio Album. The song went viral in the weeks after its release. 'Ain't Sh*t' has had an impressive run; it debuted and peaked at number 24 on the Billboard Hot 100 and continues on the charts after 9 weeks. In the week of its release, it was accompanied by a VEVO performance. The song is funny and well-executed.

8 'I Am Not a Woman I'm a God'
The lead single off her 4th Studio Album, 'If I Can't Have Love, I Want Power,' is a smash hit. Though I felt lukewarm about the album, Halsey did not come to play with this song. As Halsey herself describes it, "This album is a concept album about the joys and horrors of pregnancy and childbirth. It was very important to me that the cover art conveyed the sentiment of my journey over the past few months. The dichotomy of the Madonna and the Wh*re. The idea that me as a sexual being and my body as a vessel and gift to my child are two concepts that can co-exist peacefully and powerfully."

7 'Get Into It (Yuh)'
If you thought, 'Ain't Sh*t' was a bop, wait until you hear this song. 'Get Into It (Yuh)' by Doja Cat is a career-defining song.
Like most of her songs, 'Get Into It (Yuh)' has gone viral on TikTok. It has appeared in over 720,00 videos so far. Gaining a significant boost in streaming, The Song has re-entered the Billboard Hot 100. The song is funny as well, mentioning both Ariana Grande and Ed Sheeran. 'Get Into It (Yuh)' is also a tribute to the Queen of Rap, Nicki Minaj, who is mentioned at the song's end with the lyrics 'Thank you, Nicki, I love you!'
In fact, just this week, Minaj announced that she passed being on the song, as it was already the fiery song we know and love today. It definitely deserves a quirky music video, and I hope we get one soon enough.

6 'Psycho'
After having a turbulent start to her music career and constant internet trolling, I think Dixie D'Amelio has got herself a hit right in her hands. I decided to give her a chance, and thankfully I did. This song is a bop: short but effective. Female-rapper Rubi Rose features on the rap verse and delivers. The video as well is interesting. I'm begging you to give this girl a chance and listen to this song now.

5 'Need To Know'
The Music Video even rivals 'Kiss Me More.' I would say even better. The video explores the nightlife of the futuristic' Planet Her.' It features cameos from singer Grimes and actress Ryan Destiny. Can you guess something else? Well, if you assumed this song has gone viral on TikTok, you're right. The song at first underperformed, but after being picked up by TikTok, the song is soaring. Currently, at Number 14 on the Billboard Hot 100, This song is destined to rise further. Doja deserves it.

4 'Essence'
NO! I'm not talking about the Justin Bieber remix. I'm talking about the original song. 'Essence' by WizKid featuring Tems is an unexpected bop. The afro-beats and saxophone do it for me. It puts me into an immediate stress-free bubble and makes me feel good! This is the perfect car jam or if you're cooking a delicious salad. Or try enjoying an Iced drink while listening to it in the sun.
Furthermore, The vocals in this song are so soothing. Since the remix, the song has picked up on streaming and launched to Number 13 on the Billboard Hot 100. If you know more music like this, let me know, cause this is beautiful!

3 'Happier than Ever'
'Happier Than Ever,' the title track from Billie Eilish's Second Studio Album, is shaping up to my favorite song by her. Though called Happier Than Ever, this song is an emotional roller coaster. From Sad, angry, to jealous, and finally happy. The end is liberating, especially if you scream with Billie like I do! The song doesn't feel like it is 5 minutes, but it is. Finneas' production is mind-blowing. As soon as the beat changes, the song transitions to another dimension, It really is something. This song represents why the public loves Billie; I hope we see more music like this.

2 'Wild Side'
Unlike many, I actually enjoyed 'Wild Side' by Normani featuring Cardi B. In fact, I listen to this song daily. It's stuck in my head. The song is immaculately produced. Cardi's verse fits the song for once and sounds good.
Furthermore, her vocals are admirable. The last chorus of the song really ties the whole song up together. And don't even get me started on the outro; it's exquisite. If this is a hint to what Normani's album will sound like, I'm here for it.

1 'Rumours'
'Rumours' by Lizzo featuring Cardi B is easily my favorite song at this moment. To begin with, I cannot listen to this song without the video. The video is phenomenal. The colors, the outfits, and the choreography are so well executed. The trap beat is standard but effective. Bring in the trumpets in the chorus; the song is elevated to another level. Lizzo sounds as funny as ever, making me wait to hear every single word she has bars. If I thought Cardi's best verse was on 'Wild Side,' I should have waited till 'Rumours.' This is easily Cardi's best verse. Not just because she fits into the beat seamlessly, her bars are compelling, her delivery on point, and you can tell the lyrics are actually reflective of what she goes through. My only criticism is that the song is too short. The song is doing well across radio and streaming, but I hope it rises on the charts again; it's too great of a song to be slept on. 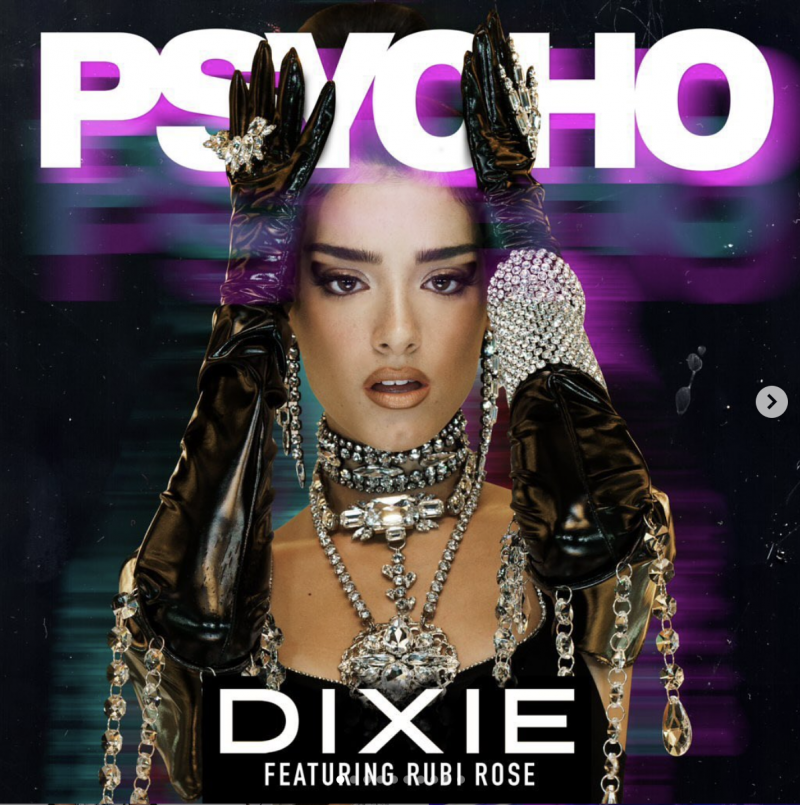