Scars To Your Beautiful | Teen Ink

Scars To Your Beautiful

"Scars to Your Beautiful" is a song recorded by Canadian singer and songwriter Alessia Cara,released on July 26 2016.The song is a pop ballad and was written by Alessia Caracciolo, Warren Felder, Andrew Wansel, Coleridge Tillman and Justin Franks.

It became Alessia Cara's second top-ten single on US Billboard Hot 100 and it reached #1 on the Adult Contemporary airplay chart.I especially loved this song because it has substance,it tackles the worrying issue of body image,mainly directed to women—but men can relate too. We're often told that there's only one kind of beauty and we're not good enough for it,but Alessia contradicts this idea and she believes that it's not you who should change. It's them. Personally,having seen many close families and friends going through periods of self-doubt and insecurity,I know this song will be uplifting and regardless of how old this song becomes,it only becomes more and more relevant. Kind of like how wine becomes sweeter with age. She reminds us that we all are human beings and we are totally imperfect.

Its lyrics perfectly encapsulate the mindset that many of us adopt (especially during the teenage years),when our physical self-consciousness can become acute due to hormones changing the body beyond our control. Acne, for a painful example, can afflict the face in a severe way—making us shatter under the pressure of these popular standards of physical beauty we see everywhere these days.

The upbeat,inspiring and catchy song plays an insanely significant role in fuelling a culture of self-love and healing. 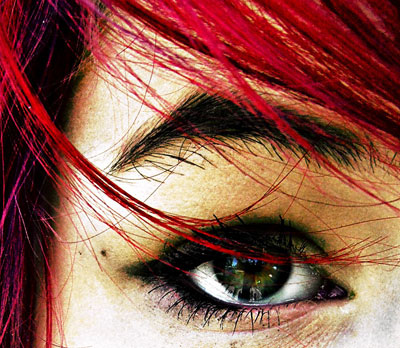 View profile
no matter how old this song gets, it always remain in our mind as a master piece...
Lisa-Paul PLATINUM said...
on Feb. 3 at 11:43 am
Lisa-Paul PLATINUM, Copenhagen, Other
33 articles 9 photos 47 comments

View profile
If you come across my song review, feel free to comment what you think! :)
What's your perspective on the song, is it really helping us get rid of our insecurities, or fueling a culture of entitlement?