“Bigger Than My Body” by John Mayer | Teen Ink

“Bigger Than My Body” by John Mayer

The piece of music that most inspires me is the song “Bigger Than My Body” by John Mayer, the singer and guitarist known for other hits such as “Waiting on the World to Change” and “Why Georgia?”. John Mayer's combined guitar riffs with his great voice and the simple yet non cliché lessons he teaches in songs like “Bigger Than My Body” make this my all time favorite musician.
This song is about a lack of happiness in the singer's life, when clearly, that's all he wants. Several references to being “stranded,” “grounded,” and having his “wings clipped” make it apparent he's being held back from something, which I believe to be happiness, via being remembered for greatness. The chorus proclaims “Someday I'll Fly. Someday I'll soar. Someday I'll be so damn much more. Because I'm bigger than my body gives me credit for.”
Being a teenager with normal self confidence issues, this song really speaks volumes to me about how much different you can seem by simply believing in yourself. Although John Mayer is quite a ladies' man, and some may say he doesn't know a thing about not having self-confidence issues, he clearly used to and has successfully depicted all that a lack of faith entails, while showing the listener that who they become and how they look at themselves is all up to them.
All in all, this song is amazing and I would strongly recommend it to anyone who likes music that sounds good, spreads knowledge, and just plain rocks, because this song and artist do all three. Through his clever lyrics and simple appeal to human emotion, Mayer has created a song that many take to be a figurative masterpiece, preaching about the importance of self confidence, leadership, and all the necessary functions to be a happy individual in society. 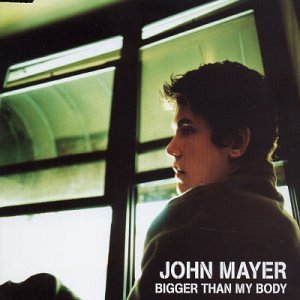