Fall Behind Me by The Donnas | Teen Ink

Fall Behind Me by The Donnas

Brett Anderson-vocal; Allison Robertson- guitar, vocals; Maya Ford- bass guitar, vocals; and Torrance Castellano- drums, vocals. These are the women who created one of my favorite songs,
“Fall Behind Me.” Also previously known as Screen, the Raggady Annes, the Electrocutes, they are now known as the Donnas.

One day when I was watching an episode of Charmed I first heard The Donnas singing “Fall Behind Me.” I liked the song so much that I kept listening to the song on YouTube and sung it sometimes around the house, much to the annoyance of my sister; thank you Donnas.

To those who think people can only like one type of music, never met me. Before I listened to the Donnas I like classical music, jazz, blues, soul, show tunes, and whatever song that came across my liking. But for a while I started feeling agitated. I needed faster, edgier music with all the romantic pop music that was around me. When I came across the Charmed episode, I had found my answer.

“Fall Behind Me” is a rock song that was released in October 2004. It was used for the 2006 U.S. Women's Olympic Snowboarding Team TV commercials, which I thought was perfect because the song portrayed strength, not letting people mess around with you.

The classic rock and roll attitude, amazing instrumentation, and strong female lead are why you should check out “Fall Behind Me” to see if you fall behind the Donnas. 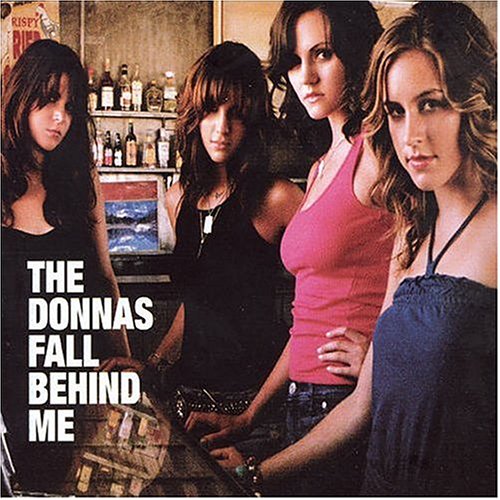 
Buy from Amazon Available on iTunes
The author's comments:
A nod out to Torrance Heather Castellano who is temporary out of the Donnas due to an injury.
Post a comment
Submit your own