The Mormon Tabernacle Choir alone is uplifting and full of holiday spirit in tracks such as “Three Dancing Carols” and “A Christmas Roundelay.” But if that's not enough, Archuleta lends his voice to half the songs on the album, and some have said his voice was made for Christmas music.

Already having released his own Christmas album, Archuleta takes on some different holiday tunes like “The Cat and the Mouse Carol” and “Los Pastores a Belen” (in Spanish), along with classics like “Joy to the World” and “Silent Night.” Archuleta always has a majestic yet joyful sound to his voice when singing holiday songs, and there's just something about him singing with the choir that's simply magical.

This album will captivate you and get you right in the holiday spirit. 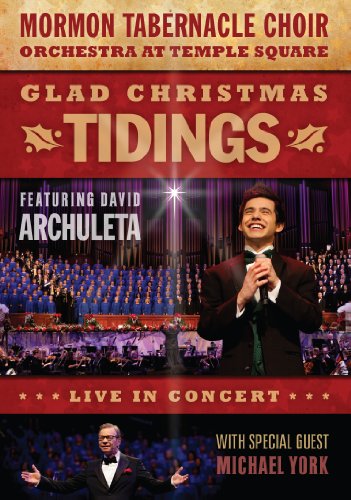 View profile
Thank you sooo much for posting this. Too many people look down on us and this is truly a wonderful thing for you to do :)
breona_was_here said...
on Dec. 10 2012 at 9:20 am
breona_was_here, Morriston, Florida
0 articles 0 photos 4 comments

View profile
The Mormon Tabernacle Choir is quite wonderful ... David Archuletta sang in it before he set out for his mission. I am in the Williston Ward ... and I don't care what people think about us ... at least we know it's true. Right?!
iam4evermyself PLATINUM said...
on Dec. 9 2012 at 4:38 pm
iam4evermyself PLATINUM, Chicago, Illinois
20 articles 1 photo 31 comments

Favorite Quote:
"Hope. It is the only thing greater than fear. A little hope is effective. A lot of hope is dangerous. A spark is okay, as long as it's contained."

Favorite Quote:
Happiness can be found even in the darkest of times, so long as one remembers to turn on the light.

View profile
just out of curiosity; are you a mormon, and if you are cool!what ward are you in? im in the 1st ward
rhed31 said...
on Nov. 24 2012 at 6:48 pm
My favorite Christmas album. Nothing is better than David live.