Sky Eats Airplane is without a doubt one of the most unique bands signed or unsigned. Originating in Fort Worth Texas, they have a sound that's all their own. This band is responsible for the barely known genre called “Nintendocore”. The bands sound is a creative, crazy blend of metal, screamo, techno and electronica.

The band recently re-released their debut album Everything Perfect on the Wrong Day. The album shows the experimental and creative manner that separates this band from every other band in the industry. The album has an unusual yet enjoyable mix of digital sound bites with hardcore breakdowns and grimy vocals. The song “Honest Hitchhikers Asking for Cash Handouts” shows the bands heavier side, with mainly growling and screaming vocals with heavy breakdowns. The mix of the guitars and electronic samples give this song an epic metal feel. The song “She's Just a Glitch” shows the bands softer side. Although this band is not a band that was meant to do ballads, the song really shows the bands ability to diverge their sound. I must admit there are a couple mediocre songs on the album, but the high quality songs on the album really make Everything Perfect on the Wrong Day a great album.

The band started as an experimental duo with Lee Duck on guitar and electronica tracks and Brack Cantrell on vocals as well as electronica tracks. In the late summer of 2006 the duo released their first album entitled Everything Perfect on the Wrong Day. Soon after the album was released lead vocalist Brack Cantrell left the group. Soon after Cantell's departure, Lee Duck teamed up with Jerry Roush, and three members of the former Weatherford Texas band In Theory. Recently the five piece band has been writing new material as well as playing local shows in their home state of Texas.

Next month Sky Eats Airplane will start touring with North Carolina screamo band Alesana. They will be playing live shows in Ohio, Washington, Maryland as well as many other places. Sky Eats Airplane will also be playing this year's Bamboozle festival. The band has been able to obtain an incredible online fan base, since they created a Myspace profile this band has gotten over 3.5 million plays, not bad for a band that doesn't have a recording contract. Their debut CD Everything Perfect on the Wrong Day is available at select hot topic stores or on their website (www.skyeatsairplane.com). In recent interviews, the band said they have been constantly been recording material for a new album but they are yet to set a definite release date.
Sky Eats Airplane has the potential to be a revolutionary band. Their dedication and creativity has created a sound that shouldn't be ignored by anyone. 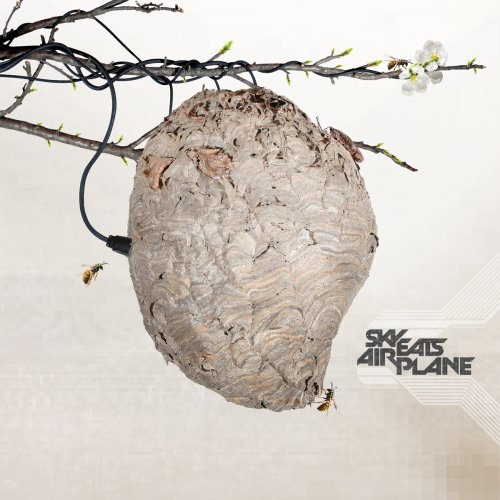