Screaming girls. Gymnastics, fire, and foam. Yes, I'm talking about a Jonas Brothers concert. When I decided to go to a Jonas Brothers concert I should have known what I was getting myself into. Even before the Jonas Brothers hit the stage, hundreds of teenage girls were already texting proposals to Nick, Kevin, and Joe on the large screens above the stage that would later be used to show the flawless faces of the brothers.


Although the Veronicas and Demi Lovato, both popular artists, opened for them, everyone was clearly awaiting the arrival of the Jonas Brothers, the reason we all came. The lights dim and everyone begins to scream. What's going on? I have never heard a louder sound in all of my life; tens of thousands of fans shrieks pierce my ears. BOOM! The darkness slips away in the blink of an eye and is replaced with a ray of light, pyrotechnics. The Jonas Brothers rise slowly as the screams seem to get even louder.
The moment the first song starts, both teenagers and yes even the adults around me begin to sing every single word like it's the Pledge of Allegiance and they've been singing it their whole lives; even though the album was only dropped a few weeks ago. Don't get me wrong I was singing along too, who could resist they're catchy songs. “Pushin' Me Away”, “BB Good”, “Lovebug”, “Video Girl”, “A Little Bit Longer” and all of their other songs are almost impossible to not sing along to, or at least sing along to the chorus. They later announced that it was the last performance of their A Little Bit Longer tour.
The multitalented brothers can play numerous instruments as well as do gymnastics, particularly Nick Jonas. By the end of the concert, Nick Jonas had played the guitar, piano, the drums, sang backup vocals in addition to being the lead vocalist of “A Little Bit Longer” (addressing his diagnosis with diabetes), and done multiple gymnastic tricks.
When brought onstage for an encore, Joe Jonas was wearing a sumo wrestler costume, much to the delight of the crowd. Everyone got a good laugh out of that. It was hilarious! Overall the Jonas Brothers proved to be great performers, not once did I see any fan sit down in the one and a half hours that the Jonas Brothers performed. Bravo! 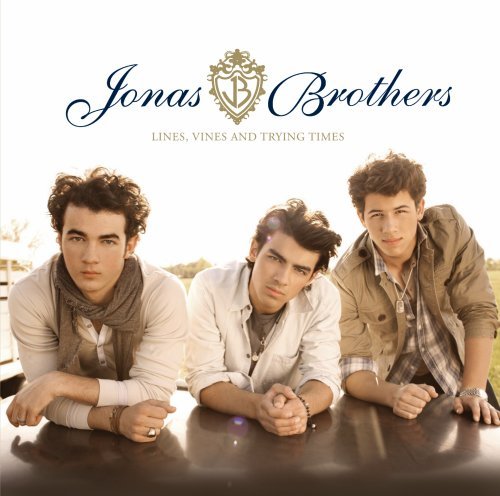 creator of this article said...
on Oct. 24 2008 at 7:58 pm
Thank you so much for your comment! I bet they'll come to your town soon so you can write a review about your experience! :]
omj.. I have ojd! said...
on Oct. 20 2008 at 7:27 am
You are so lucky that you got to go to one of their concerts. They haven't come to where I live. And I LOVE it when Nick does his side flip thing. I just always get scared that something will happen to him. Article was great!