From the opening notes - well, sounds - of their ethereal rock opera “Amputechture,” one can see that The Mars Volta have not changed the basic formula that underlies their music: surreal soundscapes underlying musical composition that is both completely ignorant of musical theory and too brilliant to be appreciated by most.

The Mars Volta does not shoot for radio hits but rather to frustrate MTV viewers. This album, their third, is completely different from the previous two. The opener, “Vicarious Atonement,” conjures images of Tool and progressive metal before quickly becoming a rather mournful ballad punctuated by guitarist John Frusciante of the Red Hot Chili Peppers. A wild saxophone solo suddenly jumps into the opening to “Tetragrammaton,” a 17-minute track that can easily be seen as having three movements.

Rather than smoothly segueing from track to track, the Volta have decided to “jump” from one to the next. Similarly, rather than a conjoined concept as in previous records, this is a series of vignettes that has been compared by singer Cedric Bixler-Zavala to films like “Magnolia.” The entire album, however, has underlying themes of loving versus fearing God and respect for “the little guys who hold society together.”

A minimalist “Asilos Magdalena,” utilizing only acoustic guitar and Bixler-Zavala's cooing Spanish vocals, leads into “Viscera Eyes,” a single that showcases the band's ability to floor an arena. The album ends with “Day of the Baphomets,” a bassy, powerhouse track to bring down the walls.

The Mars Volta's namesake may now be considered a description rather than an arbitrary name, as the “voltas,” defined by Federico Fellini as “sudden shifts in scene,” abound in this album. It is certainly their most challenging work yet and clearly one that is not for everyone - eight tracks in 76 minutes requires a serious musical attention span. Repeated listening sessions yield true emotion and the stories of those who have no voice on the grandest of scales. 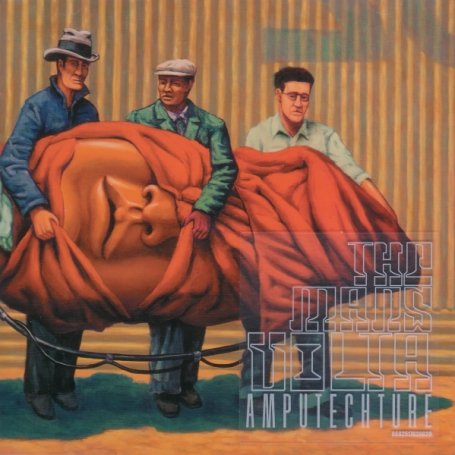