The Beatles were and are the best band ever. From their teenybopper days to the sophisticated later years, TheBeatles were the most influential group in rock and roll.

I am a huge fanand own 10 of their CDs. My favorite is "Sgt. Pepper's Lonely Hearts ClubBand." Released in 1967, it was an immediate success both in America andEngland.

The 1960s was an age of experimentation, philosophical thinkingand freedom. The Beatles represented these ideals and more. "Sgt. Pepper'sLonely Hearts Club Band" was considered a masterpiece by many, and soonbecame the standard.

The album begins with the title track, a briefintroduction with some twists and turns. There are 13 tracks, producing 40minutes of quality music. Every song, except one, is by the famousLennon-McCartney duo. Many, including "With a Little Help From MyFriends," "Getting Better" and "When I'm 64," offer apleasant beat along with lyrics that deal with everyday life.

The albumends with the powerful ballad "A Day in the Life," with John Lennonsinging the lead and expressing his beliefs about life. He speaks about death, aswell as the simplest things in life like brushing your hair, reading thenewspaper with coffee in the morning, and getting on the bus.

This albumis definitely worth your time and money. 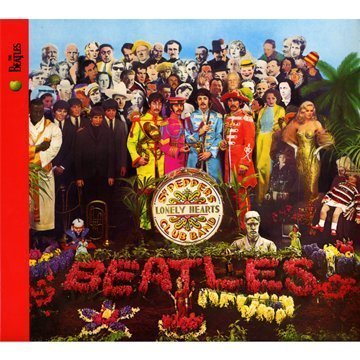 Favorite Quote:
You did let me go you left me broken and heartless, crying out for help, with no one to answer my calls-Shilpa Pierpont-Hale ( poem) Love hurts

View profile
i like love the beatles so much they are literlly my favorite band in the whole wide world. when i was little my brother and my neaghbors and i would dress up in old suits and ties and prettend to be the beatles i was ringo ( as he was my absoulute favorite) my brother was john lennon. my neighber s one was george anf the other was paul. we would play instruments and sing along. i love the beatles so much. there legond will i repeat will live on ( FOREVER)