Let me start off by saying Motley Crue is a hard rock eighties band, big hair, white makeup, the whole bit. They are really, really obscene, always stereotyping girls and anybody who is not like them. Motley Crue’s newest album is just as raunchy, and obscene as ever, but also just as rockin. They’re newest album “The Saints of Los Angeles” is based on they’re two books “The Heroin Diaries” and “The Dirt”, but is also the first album since Generation Swine to use they’re original line-up. Both these books give you a look into the lives of the band. So as you can imagine there are some dirty tracks on this album. Some of their more crude tracks include “The Animal in Me”, and “This Ain’t a Love Song”. Not to say that those tracks aren’t rockin just as hard, if not harder than all the other tracks. If you have heard some of their older albums like “Red, White, and Crue”, or “Dr. Feelgood”, you won’t be disappointed with this album. 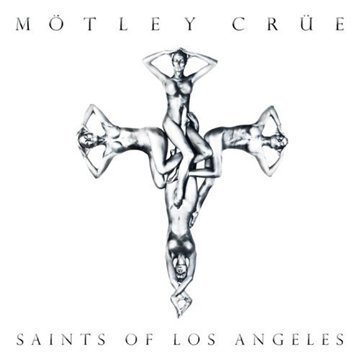