Eminem has been around for many years. By 2015, you should know him. The album that made him popular was the Slim Shady LP. But today we're talking about one album. His album Recovery (2010) is probably his most inspiring album. The whole point of the album is about his struggle with drugs and how he's trying to escape it. If you listened to any of his previous albums, you can see how his life used to be. He started at Rock Bottom and is now a Rap God. In between was years of struggle and pain, a battle between Slim Shady and Marshal Mathers. Who was the real Eminem? Which side would win the battle? Nobody knows because Recovery is his only album to not have Slim Shady or Marshal Mathers. Then his next album is out and Slim is back and they tell a friend, asking "guess who's back?"

Anyways Eminem is trying to escape this life. It's his recovery. My favorite songs out of the album are Not Afraid, No Love, and Cinderella Man and there's good reason. The first is they relate to me as they would most people. Not Afraid talks about looking your demons and fears in the eyes and not backing down. No Love talks about bullying and how for no reason, you get no love. But you can throw dirt on me (and grow a wildflower) because I'll try to turn it into something good. Cinderella Man is about doing what the others don't think you can do. You can shout at thunder or flip the world upside down and make it rain upwards. Do what you want to do in your life, don't let anyone bring you down.

If you're struggling with something or going through tough times, listen to Recovery. It will inspire you in ways other raps can't. It brings out the true Eminem, neither Marshal or Slim. So, like I said before, listen to this if you're having a hard time. You can still listen to it if you're not, it's a great album 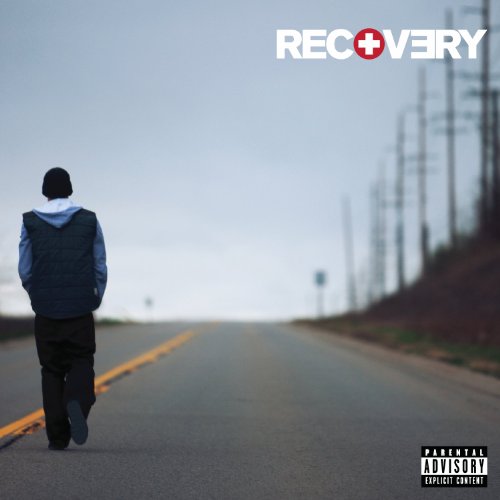