Favorite Quote:
"and these children that you spit on/as they try to change their worlds/are immune to your consultations/they're quite aware of what they're going through"--David Bowie. And that's a quotation, not a quote.

Doctor Who is, quite literally, the best show on TV. And there are three main reasons for this,which I will demonstrate:
1.
Aliens and monsters. I, for one, dislike and have no tolerance for gory horror movies. I much prefer scary movies of the psychological thriller variety. One thing Doctor Who has done is introduced me to is not-as-scary aliens and things that go bump in the night. From creepy little gas-masked children to weird lumpy abzorbaloffs, this show has the best cast of imaginative villains of any I’ve ever seen.
2.
The accents. Come on. Who doesn’t love some British accents? From Christopher Eccleston to Karen Gillan, this show is the most aurally pleasing ever. Go BeeBeeCee!
3.
The characters. Yes, the plot may be good, and yes, the story arc may be superb and awesome. But really the characters are what drive this show. There’s The Doctor, a hapless alien who travels through time and space saving people and flirting blatantly with every blonde in sight. He’s a rather clumsy, sometimes awkward Time Lord, who basically leads the best life ever and gets to travel around inside a telephone box from the 1950’s. How do they all fit inside about 4 feet square? It’s bigger on the inside, obviously. IT’S TIME LORD SCIENCE. I’d like to attend the Time Lord academy, which apart from teaching that the laws of physics bend at will, probably also teaches that candy is good for you and unicorns still exist, and the required reading is probably Harry Potter and Colouring Books. And then you have the companions, which in this past series were Amy, Rory and River Song. Amy is the epitome of badassery as far as I’m concerned. She doesn’t take s*** from anyone, and she is just as smart as the Doctor and sometimes her human side gives her the advantage to save the day when The Doctor is at a loss. And of course, there’s Rory. This man waits something like 4 000 years for Amy (his wife) when she gets trapped in prison. Plus he’s completely adorable. I want my own Rory, maybe only so he could be mildly surprised every time I say I love him. (like I said. Adorable.) And River is a woman of mystery. Who is she? How does she know The Doctor? Obviously you’ll have to watch and be enveloped by the holiness that is Alex Kingston’s (the actress who plays her) hair. She knows everything about everything and everyone. That’s why her hair is so big. It’s full of spoilers.
Every episode is different and it still manages to feel new and for a show that has been around for almost 50 years, that’s quite a feat. Go forth, my young pedawans and bask in the electric glow of your TV screen while enjoying a show that is so amazing!! 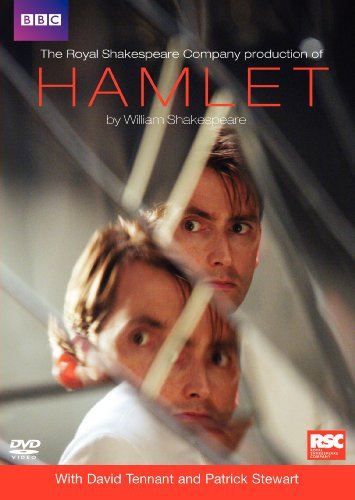 
Buy from Amazon Available on iTunes
The author's comments:
This is simply a love letter to one of my favourite shows ever. Everyone should just watch and enjoy! Also, the picture is gumballs because it's like the TV equivalent of candy. DOCTOR WHO IS RAINBOWS AND UNICORNS AND GUMBALLS there I said it.
Post a comment
Submit your own