Favorite Quote:
You don't get harmony when everybody sings the same note.

Ever since television came into existence, there has always been that popular show- most viewed, discussed, and reenacted. At one point, it could have been a comedy about three men performing hilarious stunts, or perhaps a woman by the name of Lucy’s hilarious life. There have been cartoons of yellow people, and interviews with office employees. But today, the title for most popular show has a new winning contestant, called Glee. Statistics show that this is the most watched show ever to be aired on television. This show has merchandise such as shirts, lapels, costumes, stickers, and even a group of raving teenagers who call themselves ‘Gleeks’.

But lately many people have been interrogating their conscience about if this show is displaying uplifting morals which are appropriate to be viewing. Maybe the answer is no: are teen pregnancies, gays, perverts, cougars, cheating, lying, and dirty dancing not acceptable for ignorant teens to be absorbing and obsessing over every day of their life? Or have these actions and thoughts simply become acceptable for today’s media? Let’s look at each of these displaying morals separately: teenagers cheating and becoming pregnant sure is not uplifting, but it is also their choice; however, it does not need to be displayed on public television. I am not against gays, but if one becomes influenced and changed by them on this show, and if they are not truly gay, then that is not right to promote and advertise this concept. Perverts and cougars may be humorous to some, but to others it is just plain offensive. Cheating and lying have always been incorrect, but they are slowly worming their way into today’s society. Dirty dancing for some, may just be another type of dancing- same goes with singing- but does that mean that we must display this on television? No, it does not.

The first time I ever saw an episode of Glee, I will admit that I did enjoy it. The singing, dancing, and clever characters enchanted me, and caused me to become obsessed. Having only seen a couple of episodes, I was not fully qualified in my friends’ eyes to gain the special title of a Gleek. I took a break from watching this addicting show, (mostly because the library did not have the next season in stock yet) and pondered what it was teaching me and how it made me feel. The answers were mostly negative. So I stopped watching this show. I still have the CD’s and enjoy the music and characters very much, but I believe that the overall feel of this show is negative, and should not be taken in overdose. Ponder how this humorous show makes you feel, and then go with what your conscience tells you- he’s always right. 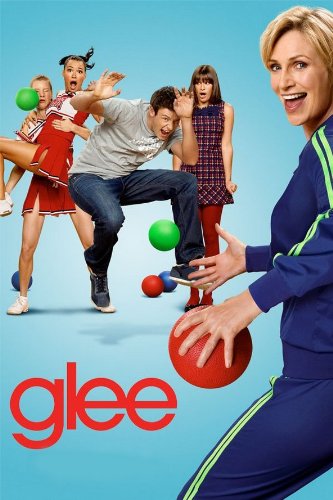 
Buy from Amazon Available on iTunes
The author's comments:
This is my opinion of this show. I do not mean to be offensive in any way, so please don't take it like that.
Post a comment
Submit your own