Farscape was a science fiction TV series that started in 1999 and became one of the greatest and most treasured series to ever be created. Starring Ben Browder as scientist John Crichton, this sci-fi gem started off with a bang (literally) when Crichton's craft is accidentally sucked through a wormhole and plunged out into another part of the universe, where he teams with a rag-tag group of prison escapees aboard the Leviathan ship, Moya.
This show was just amazing, using CG and practical effects to get the dialogue and story through each episode, having comedic and dramatic moments non-stop. The use of puppets (practical effects) was just fun; Jim Henson's studio did produce the TV series, so it makes sense to have puppets. The characters are just plain fun to see; you feel more attached to them as the show progresses and each one comes alive in the most creative of ways.
The story is simple, yet complex, having various back-stories and encounters with others as John tries his best to find a way home back to Earth, but becomes much more attached to those around him now than on Earth.
Just all in all, Farscape was a phenomenal TV series that was short-lived and was great while it lasted. My personal favorite character was killed off on the show, but that didn't keep me from watching this great creation. A must-see for anyone that likes sci-fi; A bold set-piece for the genre 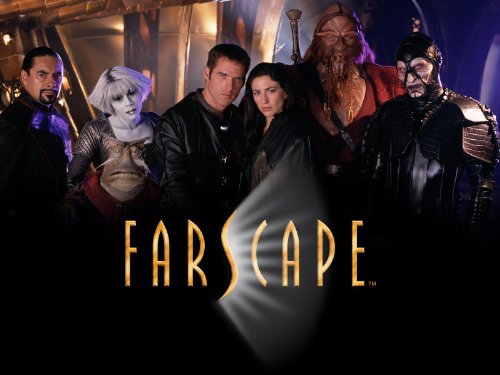 
Buy from Amazon Available on iTunes
The author's comments:
A lesser-known show that deserves lots of credit for being bold and creative
Post a comment
Submit your own