Favorite Quote:
Don't break character, you've got a lot of heart. ~ The Killers

First off, homosexuality. I’ve stuck with the show since its pilot and I’ve noticed a few things when it comes to the whole ‘gay issue.’ It went from one gay character to about ten within two years. I understand the producers are trying to make homosexual viewers more confident and comfortable with themselves but having two gay couples, a lesbian couple, and three gay men trying to tear one of the gay couples apart is a little excessive. I think one confident gay couple is enough. Don’t get me wrong, I absolutely love each and every one of the gay characters but it’s starting to feel a little less like a show choir and a little more like a gay pride parade.

Secondly, the music. It seems like the solos have become a little misplaced. New characters are introduced, they sing two songs, and then they’re pushed to background vocals until people forget they existed. On the contrary, there are new characters that get introduced, they sing ten songs, and then the old main characters get pushed to the wayside and then forgotten. There’s no middle ground. Honestly, where did Finn and Rory go, people? AND WHERE THE HELL DID BLAINE COME FROM?! (these are rhetorical questions.)

Lastly, the plot. As much as we all want Rachel to go to Broadway and Kurt to go to NYADA there are better ideas for our cherished characters last years at Mckinley High. How about some real conflicts BESIDES college? They did the usual strain on someone’s relationship or someone struggling with their sexuality, all the while potential conflicts were mentioned and brought back up later. For example, Finn’s fathers issues with the army or Blaine’s relationship (or lack thereof) with his brother. Best of all, an issue that hadn’t come up more than twice but could create tons of solos for one of our favorite New Directions, Santana's harsh judgment on her sexuality from her grandmother. The show was seriously slacking this year and I felt unfulfilled with each episode. We all know Mr. Ryan Murphy can do better. How about some more Broadway and little less Katy Perry? Maybe next year, folks. Maybe next year. 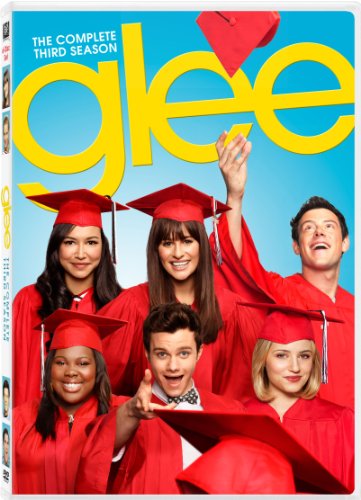 
Buy from Amazon Available on iTunes
The author's comments:
If you disagree I respect your opinion and hope you can do the same.
Post a comment
Submit your own